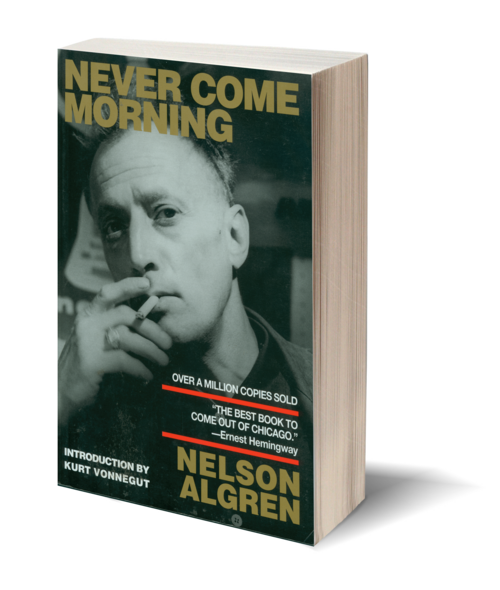 Never Come Morning is unique among the novels of Algren. The author's only romance, the novel concerns Brun Bicek, a would-be pub from Chicago's Northwest side, and Steffi, the woman who shares his dream while living his nightmare. Simultaneously the story of a murder investigation and Algren’s most painful paean to his native Chicago, Never Come Morning was Algren’s bestselling book after The Man with the Golden Arm and was translated into French by Sartre.

The Best of Nelson Algren

“Never Come Morning depicts the intensity of feeling, the tawdry but potent dreams, the crude but forceful poetry, and the frustrated longing for human dignity residing in the lives of the Poles of Chicago's Northwest Side, and this revelation informs us all that there lies an ocean of life at our doorstep—an unharnessed, unchanneled and unknown ocean . . .”

“It is an unusual and brilliant book . . . a bold scribbling upon the wall for comfortable Americans to ponder and digest.”

“If the world of Never Come Morning is tawdry and brutal, Algren's language has a lyrical impulse that humanizes and uplifts. . . . Algren's passionate belief that the disenfranchised and their lives matter, and should matter, never translates into sentimentality or righteous hectoring. Clear-eyed compassion, respect for fact and a fiery imagination that's fueled by empathy for the suffering of others make his work powerful, enduring and unique. Never Come Morning is inspiring.”

“One of the most important American novels that I have read . . .”

“Like a flare of light, it illumines . . . but in human terms. Never Come Morning towers head and shoulders over most novels.”

“The best book to come out of Chicago.” 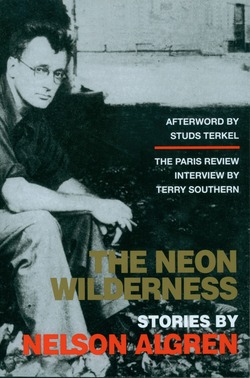