Lucky Mud and Other Foma

A Field Guide to Kurt Vonnegut's Environmentalism and Planetary Citizenship 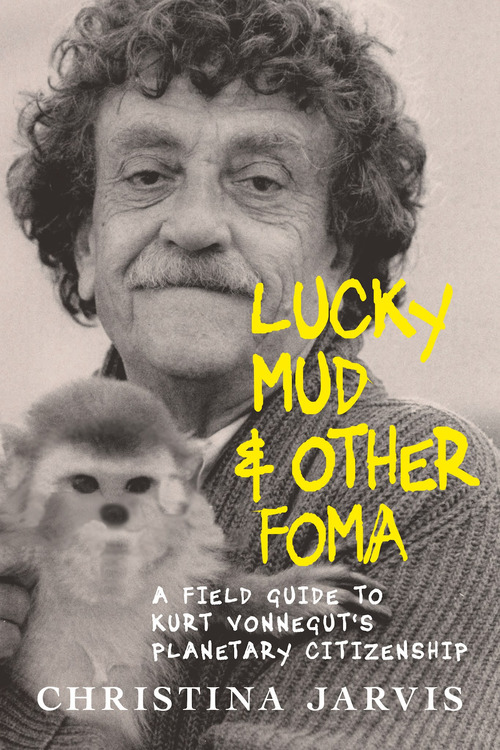 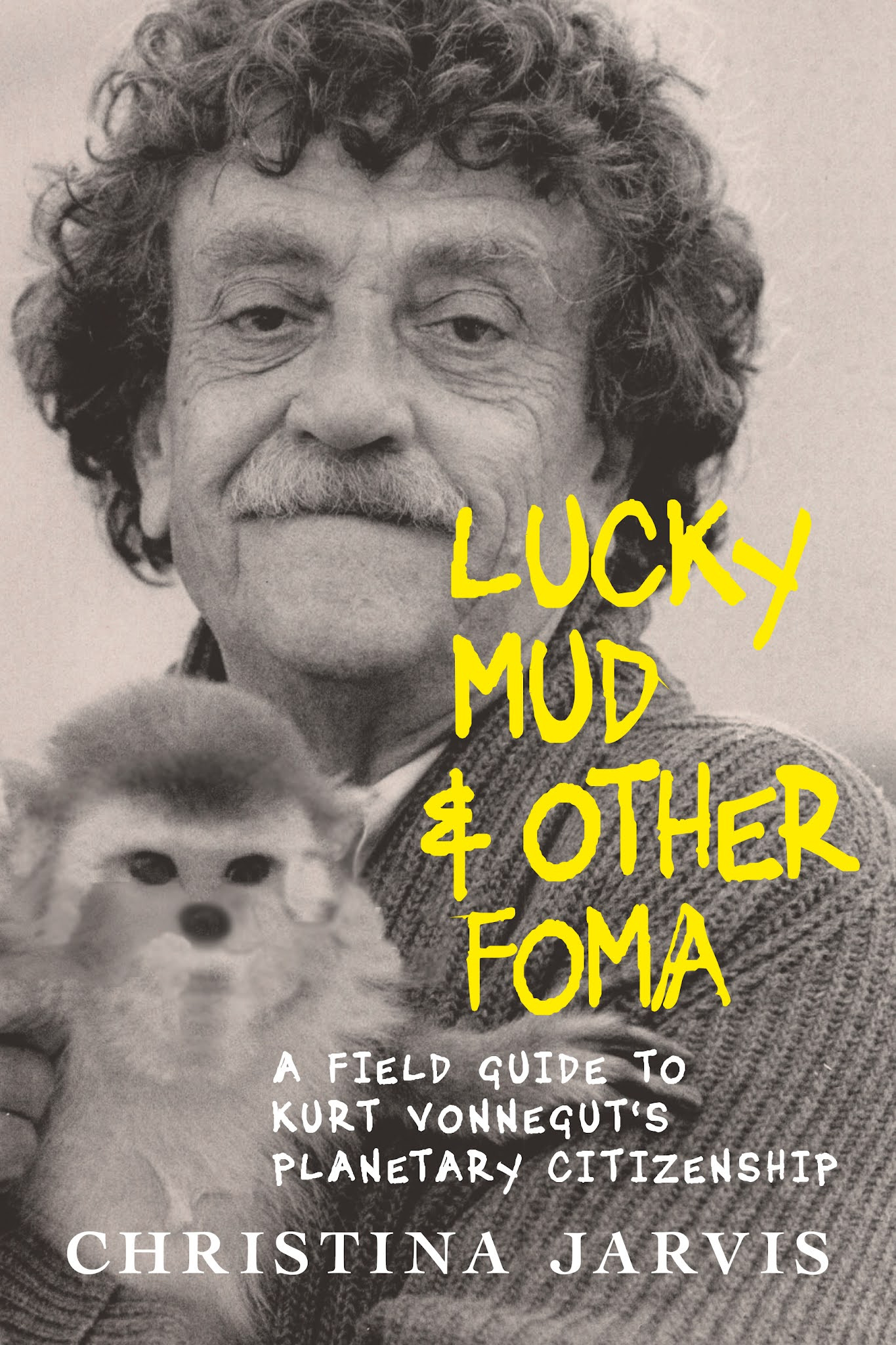 A fascinating deep dive into Kurt Vonnegut’s oeuvre and legacy, illuminating his unique perspective on environmental stewardship and our shared connections as humans, Earthlings, and stardust.

Vonnegut’s major apocalyptic trio—Cat’s Cradle, Slapstick, and Galápagos—prompt broad global, national, and species-level thinking about environmental issues through dramatic and fantastic scenarios. This book, Lucky Mud and Other Foma, tells the story of the origins and legacy of what Kurt Vonnegut understood as “planetary citizenship” and explores key roots, influences, literary techniques, and artistic expressions of his interest in environmental activism through his writing.

Vonnegut saw writing itself as an act of good citizenship, as a way of “poisoning” the minds of young people “with humanity . . . to encourage them to make a better world.” Often that literary activism meant addressing real social and environmental problems—polluted water, soil, and air; racial and economic injustice; isolating and dehumanizing technologies; and lives and landscapes desolated by war. Vonnegut’s remedies took many forms, from the redemptive power of the arts to artificial extended families to vital communities and engaged democracies. Reminding us of our shared connections as humans, as Earthlings, as stardust, Lucky Mud helps fans, scholars, and book lovers of all kinds experience how Vonnegut’s writings purposely challenge readers to think, create, and love.

“In the world of environmental literature, one might think of Rachel Carlson, E.O. Wilson, Walt Whitman. Kurt Vonnegut? Not likely. But to leave him out would be a mistake. Extensively researched and exquisitely written, Dr. Jarvis's book takes the reader through the life, times, and musings of one of the most iconic American writers. Satirical and darkly humorous, Vonnegut is usually classified as a science fiction writer, but Dr. Jarvis accurately places his art within the environmental and social justice lens he intended. If you aren’t a Vonnegut fan, you will be. If you are, this book will give you a deeper love and appreciation for who Vonnegut was and the meanings behind his stories.”

“With intellectual rigor, unabashed humanity and oodles of quirk, Christina Jarvis has blown the lid on everything we thought we knew about Kurt Vonnegut. From unprecedented research into Vonnegut's childhood to nuanced readings of both Vonnegut's most famous and more obscure writing, Jarvis demonstrates why she is one of the most insightful Vonnegut scholars working today. This book is deeply, giddily, and intellectually Vonnegutian.”

– Tom Roston, author of The Writer's Crusade: Kurt Vonnegut and the Many Lives of Slaughterhouse-Five

“Christina Jarvis sweeps aside the dismissive view of Vonnegut as a fabulist obsessed with space aliens and rocket ships, and shows him as the environmentalist, social justice activist, and "planetary citizen" he was from beginning to end—in both his life and his work. We also learn from her careful study of his manuscripts what a deliberate and painstaking craftsman he was. This book will be useful to Vonnegut scholars and enlightening for Vonnegut fans.”

“Christina Jarvis is the leading scholar on Vonnegut’s civic engagement, locally and globally. It is a delight to read her work and hear her speak.”

– Julia Whitehead, Kurt Vonnegut Museum and Library and author of Breaking Down Vonnegut

“"n this prodigiously researched, informative, marvelous, eye-opening book, Christina Jarvis illuminates Kurt Vonnegut’s life and work through the lens of his intense concern with the well-being of Mother Earth. Casting light on his planetary citizenship, she excavates early influences and artifacts, unearths discarded manuscripts, examines drafts—on his teenaged journeys to the West, racism, car culture, the Cape Cod National Seashore—and traces his love of place through the landscapes where he lived. She reveals his anguish at unheeded human damage to earth, and his activism. Lucky Mud is a timely, inspiring, wow of a book. I loved it.”

– Suzanne McConnell, author of Pity the Reader: On Writing with Style

“Kurt Vonnegut’s fiction was marked by his belief in humans’ responsibility for environmental and social justice, according to this strong survey. Jarvis (The Male Body at War), an English professor at State University of New York at Fredonia, posits that “Vonnegut saw writing itself as an act of good citizenship,” and traces the genesis of the author’s worldview back to his early education, which focused on “connecting children with their local environments,” and the “pure high adventure” he experienced on a teacher-led trip through the American Southwest when he was 14. Vonnegut’s other sources of inspiration, Jarvis writes, include Henry David Thoreau, who he looked to “for ideals of self-reliance... critiques of emergent technologies and injustice, and even stylistic conventions,” and his time at the University of Chicago, where he reflected on “nuclear technology and human extinction.” This, Jarvis writes, informed many of the “apocalyptic landscapes” within his fiction, as seen, for instance, in Sirens of Titan, in which Vonnegut “simultaneously presents humans as important biological agents... and as one humble species among many in the cosmos.” Close readings bolster her case, and Jarvis’s study, though scholarly, has zest. Vonnegut’s fans will revel in this clever exploration of his influences.”

CHRISTINA JARVIS is Professor of English at State University of New York at Fredonia, where she teaches courses in sustainability and twentieth-century American literature and culture, including several major author seminars on Kurt Vonnegut. She is the author of The Male Body at War: American Masculinity during World War II, and has published in journals such as Women’s Studies, The Southern Quarterly, The Journal of Men’s Studies, and War, Literature, and the Arts. She lives near the shores of Lake Erie in Western New York.