Film screening and reading with Barry Gifford in NYC

May26 at Metrograph in New York, NY 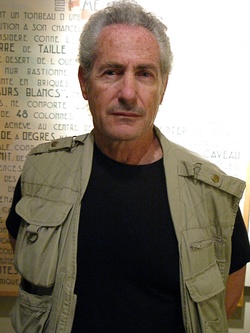 Screenings of the films The Strange One and Pickup on South Street, both of which Gifford has written about in Out of the Past: Adventures in Film Noir. Copies of Sailor & Lula: The Complete Novels, The Roy Stories and others will be on sale at the event.