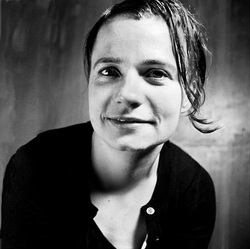 Savannah Knoop is a New York-based artist, performer, and writer.  They are the author of the memoir Girl, Boy, Girl: How I Became JT LeRoy (Seven Stories Press), and co-wrote the screenplay for the film ‘JT LeRoy’, starring Kirsten Stewart and Laura Dern (premiering in the UK on 16th August from Signature Entertainment).  Knoop has also exhibited and performed their work at venues such as The Whitney Museum, ICA Philadelphia, and Essex Flowers. Knoop will be premiering a new performance/installation at the Leslie-Lehman Museum of LGBTQ Art in New York in August 2019.

Lee Relvas is an artist and writer living in New York.  She has had recent solo exhibitions at Callicoon Fine Arts in New York and Artist Curated Projects in Los Angeles, and has also exhibited and performed at The Museum of Modern Art, The Whitney Museum, The Hammer Museum, and The Brooklyn Museum. She has contributed to ArtForum, Joyland Magazine, and numerous exhibition catalogues.

Dr Linda Stupart is an artist, writer, and educator from Cape Town, South Africa. They completed their PhD at Goldsmiths in 2016, with a project engaged in new considerations of objectification and abjection. Stupart lectures at Birmingham School of Art and is author of Virus (Arcadia Missa), a heady feminist critique of the art world and extreme body horror.

Dr Isabel Waidner is a writer and critical theorist. Their books include We Are Made Of Diamond Stuff (2019), Gaudy Bauble (2017) and Liberating the Canon: An Anthology of Innovative Literature (ed., 2018), published by Dostoyevsky Wannabe. Waidner’s essays and creative texts have appeared in journals including AQNB, Cambridge Literary Review, Configurations, The Happy Hypocrite, Tank Magazine and Tripwire. They are the co-curator of the event series Queers Read This at the Institute of Contemporary Art (with Richard Porter), and a lecturer at University of Roehampton, London.