Born in Tel Aviv in 1967, ETGAR KERET is a leading voice in Israeli literature and cinema. He is the author, most recently, of the memoir The Seven Good Years, as well as the children's book Long-Haired Cat-Boy Cub and five bestselling story collections, which have been translated into more than 40 languages. His work has appeared in The New York Times, Le Monde, The Guardian, The New Yorker, and The Paris Review, among other publications, and on This American Life, where he is a regular contributor. He has also written a number of screenplays, and Jellyfish, his first film as a director alongside his wife Shira Geffen, won the Caméra d'Or prize for best first feature at Cannes in 2007. In 2010 he was named a Chevalier of France's Ordre des Arts et des Lettres. Most recently, he received the 2016 Charles Bronfman Prize and, for the Italian edition of The Seven Good Years, the Premio Letterario Adei-Wizo. 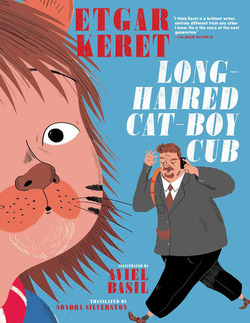