KEVIN GOSZTOLA has spent the last decade reporting on Assange, WikiLeaks, and the wider war on whistleblowers. He is cofounder and managing editor of Shadowproof, an independent news outlet focused on systemic abuses of power in business and government, and the curator of The Dissenter newsletter. Gosztola also produces and co-hosts the weekly podcast, “Unauthorized Disclosure.” His work has appeared in outlets such as The Nation, Salon, Common Dreams, and Truthout, and he has been a featured guest on Democracy Now!, The Real News Network, CounterSpin, and Al Jazeera English. He is coauthor of Truth and Consequences: The US vs. Bradley Manning (Sinclair Books, 2012; with Greg Mitchell). 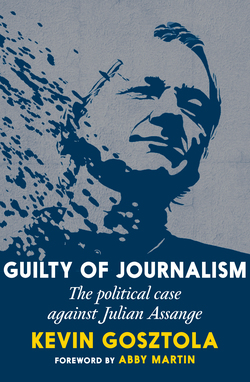