A Poet Encounters the Horror in Rwanda, Eastern Congo, and Palestine/Israel 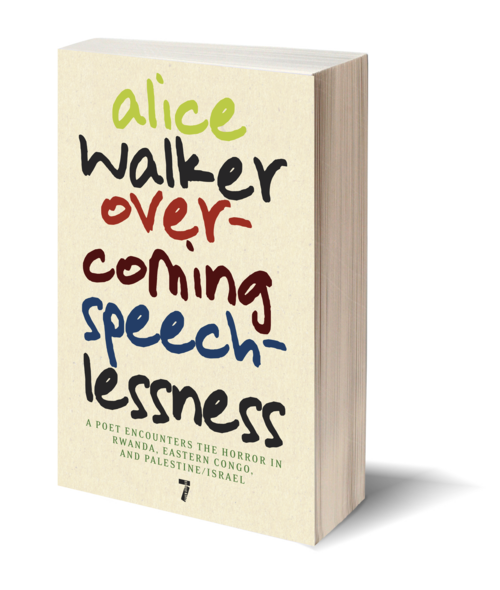 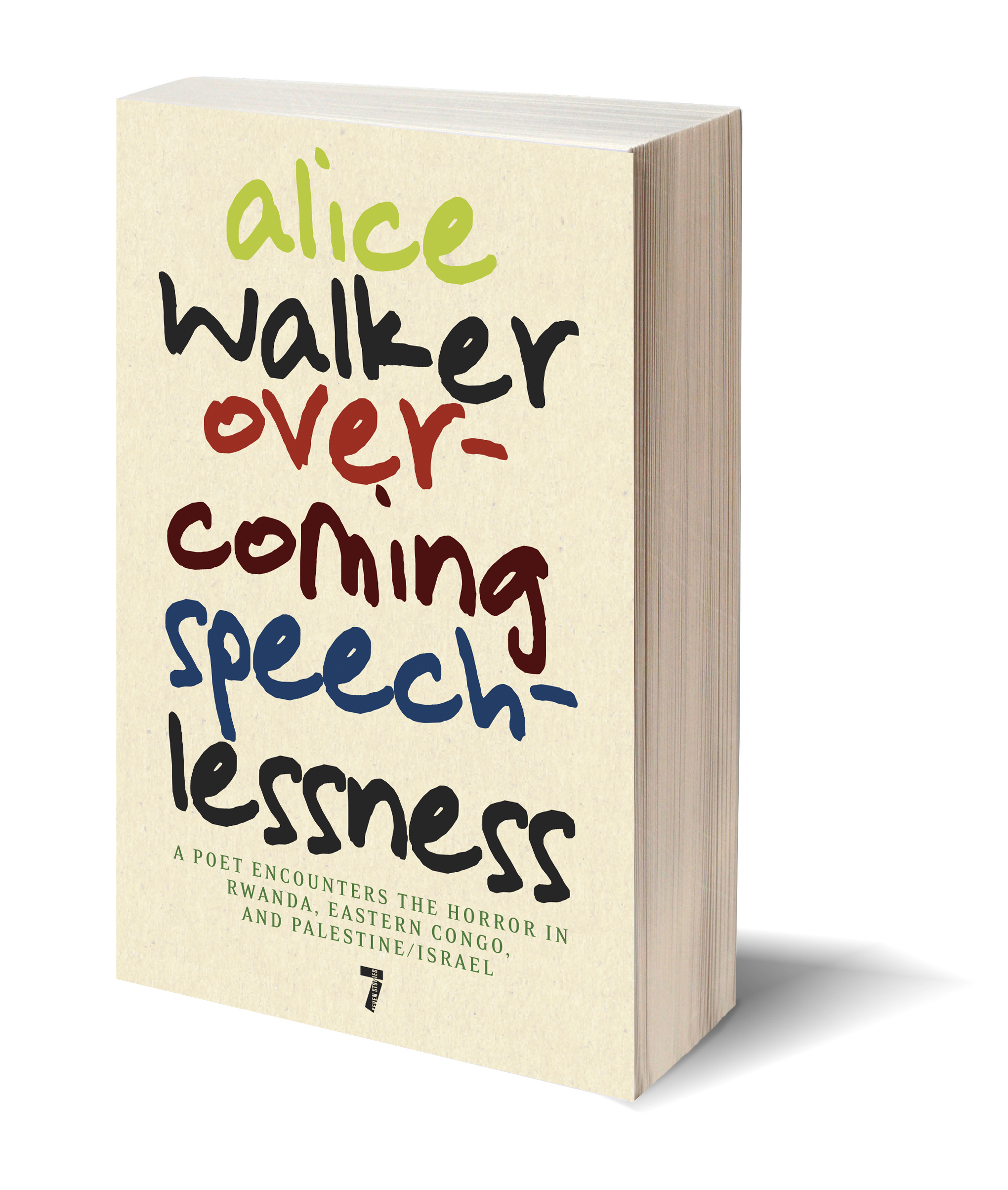 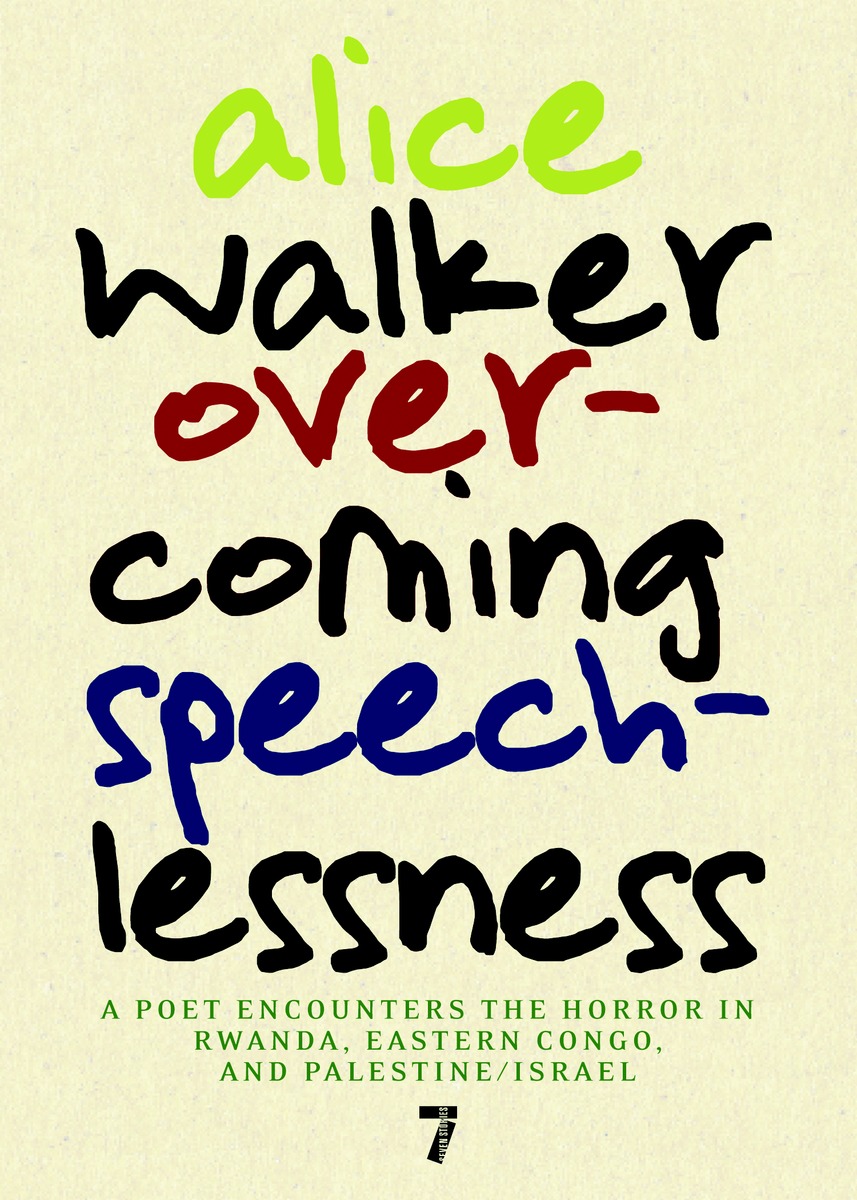 In 2006, Alice Walker, working with Women for Women International, visited Rwanda and the eastern Congo to witness the aftermath of the genocide in Kigali. Invited by Code Pink, an antiwar group working to end the Iraq War, Walker traveled to Palestine/Israel three years later to view the devastation on the Gaza Strip. Overcoming Speechlessness is her testimony.

Bearing witness to the depravity and cruelty, she presents the stories of the individuals who crossed her path and shared their tales of suffering and courage. Part of what has happened to human beings over the last century, she believes, is that we have been rendered speechless by unusually barbaric behavior that devalues human life. We have no words to describe what we witness. Self-imposed silence has slowed our response to the plight of those who most need us, often women and children, but also men of conscience who resist evil but are outnumbered by those around them who have fallen victim to a belief in weapons, male or ethnic dominance, and greed.

“Perhaps ordinary language cannot convey adequately the horrors of our time. Perhaps it takes a poet to reach into her own heart and into ours, to break out of silence and despair, to speak the unspeakable truth. Alice Walker, a poet who does more than write, declares, by her words and by her actions, that she will not, that we must not, let this go on. She insists, in this poetic, powerful essay, that we will reach out to one another, across all boundaries, to create a better world.”

“Walker has done what few North American writers are able to: bear witness to atrocities in places that are geographically far away, but politically connected to the West.”

“[Walker] links modern-day atrocities to older cruelties, including the Holocaust and the Trail of Tears. Finding resilience in the midst of atrocities, Walker uses her own voice, as poet and activist, to speak out against injustices in the world's trouble spots.”

“To those who still cling to the idea that ignorance is bliss, Alice Walker offers this powerful reminder that consciousness is not only comforting—as she so rightly puts it—but also essential to our very humanity. For our ability to bear witness and overcome speechlessness is what differentiates us as human beings from the world of brutes. Few books convey such a generosity of spirit, and such a commitment to the idea of sharing, in pain as in love. And even fewer express so eloquently the idea that a true peace can only be built on justice. For peace and justice to prevail in Palestine, it must once again become the home of everyone who lives there—not only that of an exclusive few: a state where occupation is ended, apartheid dismantled, and refugees allowed to return; a state of equal citizens; a state where justice prevails. And, as Alice Walker asks, what exactly is so awful about that?”

– Saree Makdisi, Professor of English at UCLA and the author of Palestine Inside Out: An Everyday Occupation

“Alice Walker's Overcoming Speechlessness leaves me breathless. She shocks us with stories of the most horrifying human interactions then pulls us out of despair with the most tender stories of compassion.” 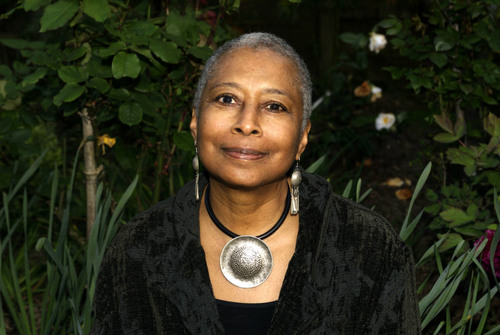 Winner of both the Pulitzer Prize and the National Book Award, Alice Walker was born in Eatonville, Georgia, in 1944, and educated at Spelman College and Sarah Lawrence College. The author of more than thirty books including The Color Purple and Sent by Earth, her writings have been translated into more than two dozen languages. Not only a writer of fiction, but a vigorous and indefatigable activist, Walker has done as much as any contemporary author to bolster the rights of women and people of color. From her essays on the civil rights movement to her cries for intervention on the Gaza Strip, Walker continually and eloquently calls attention to ignored injustices around the world.

Other books by Alice Walker 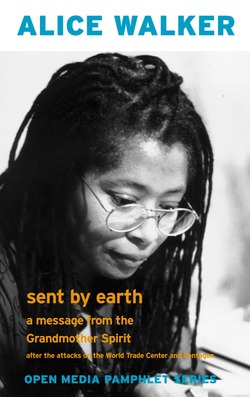 Sent by Earth: A Message from the Grandmother Spirit After the Attacks on the World Trade Center and Pentagon