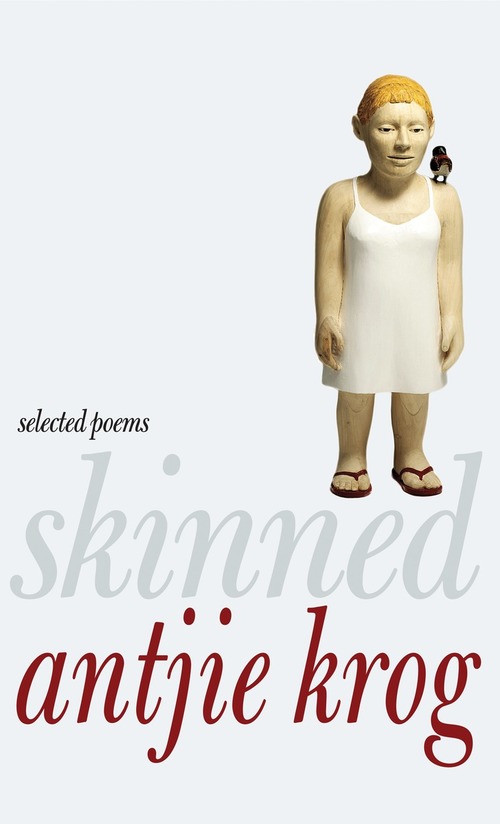 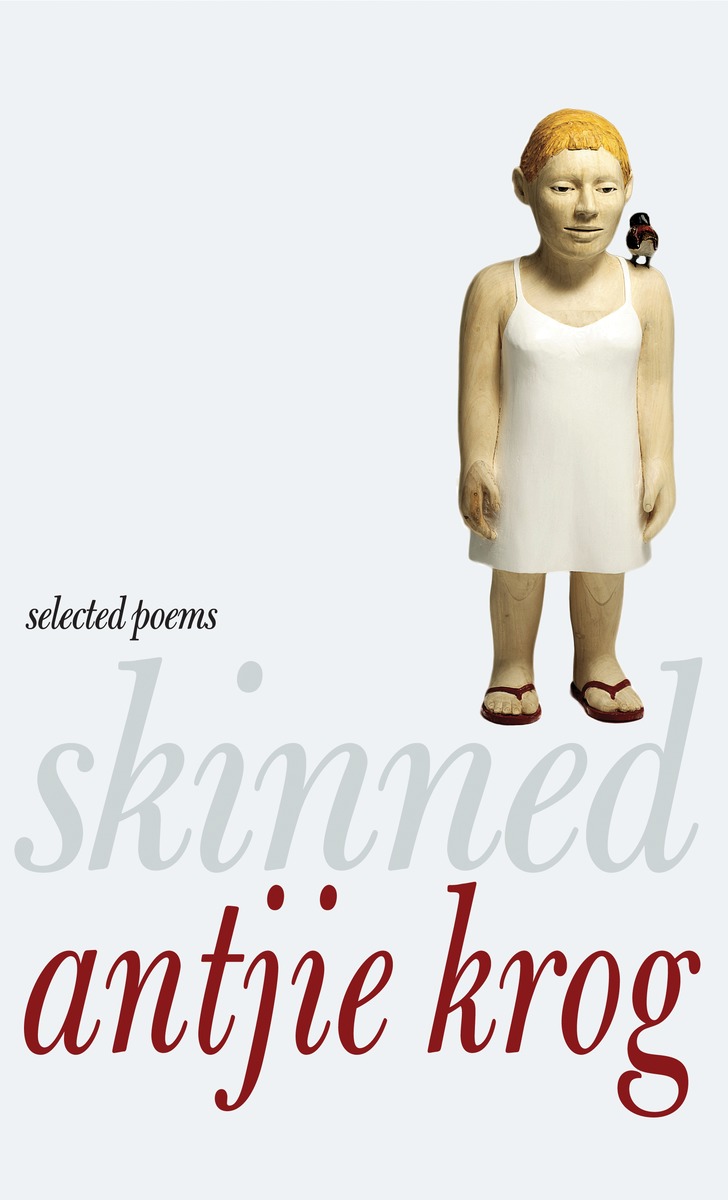 Antije Krog, one of South Africa’s greatest living poets selects from her most recent poems and also from the poems and the themes that best represent her from across her long career.

Part One of Skinned contains poems about writing, family and love poems. The poems in the second part were chosen from a volume featuring a long epic poem based on the life of Lady Anne Barnard from Scotland, who accompanied her husband to Cape Town and lived in the castle there from 1797 until 1802. This volume was written during the height of apartheid and the poet chose Lady Anne as representative of the colonial vision. Part Three contains extracts from several speakers who lived in the land before the likes of lady Anne arrived. Here Krog includes interviews with inhabitants of the stone desert, three re-workings of Bushmen or Xam narratives, as well as a translation of an oral Xhosa praise poem. Part Four represents the political turmoil of South Africa and the divisions within Africa. The poems come from volumes that explored how blacks and whites identifying with the oppressed were removed from official history. The present volume as a whole explores the necessity of "a change of tongue" in order to be. 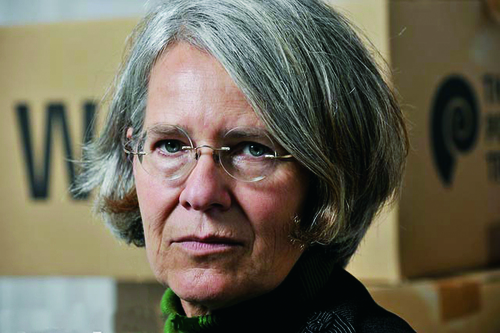 ANTJIE KROG was born in 1952 in the Free State Province in South Africa. In 1993 she became editor of a progressive Afrikaans language monthly in Cape Town and later worked as a radio journalist covering the Truth and Reconciliation Commission hearings in the late '90s, all the while writing extensively for newspapers and journals. She and her radio colleagues received the SABC Pringle Award for excellence in journalism for their coverage of the commission hearings. She has won major awards in almost all the genres and media in which she has worked, including poetry, journalism, fiction, and translation. Krog's first volume of poetry was published when she was seventeen years old, and she has since released thirteen volumes of poetry, including Skinned, receiving nearly every literary award available for works in Afrikaans. She is married to architect John Samuel and is the mother of four children.