A Radical Social and Political History of the Lower East Side 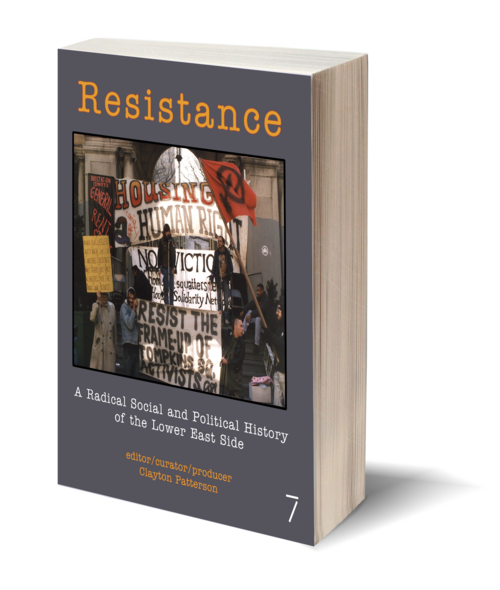 This collection of writings and images documents the political history of NYC’s Lower East Side, describing the lives and struggles of the radicals, artists, and immigrants that populated and politicized one of America’s strangest and most beloved neighborhoods. Current and former residents of the neighborhood explore the social, political, and human landscape of one of America’s most storied bohemias. In over fifty chapters, Emma Goldman, Dorothy Day, Christopher Mele, John Macmillan, Jim Feast, Al Orensanz, Allan Antliff, Lynn Stewart, Thomas McEvilly, Frank Morales, and many others cover topics ranging from the early settlement houses and sweatshops to squatters, rioters, artists, activists and organizers. Resistance is jam-packed with fascinating first-person accounts of the battles, triumphs, failures, and lives of a neighborhood that is rapidly being lost to gentrification.

It's Keith Haring's birthday today! In celebration and remembrance, here's an excerpt from Clayton Patterson's Resistance, a radical social and political history of the Lower East Side. The excerpt below is quoted from an interview between Resistance contributor James Cornwell and Leonard Abrams, the publisher of the now defunct East Village Eye, about the East Village's now-you-see-it-now-you-don't 1980s gallery scene.

James Cornwell: Tell me something about how this art movement peaked, then imploded, or fell apart very rapidly.

Yeah. That was amazing. What happened, as far as I can tell, was that there were a handful of people . Like [David] Wojnarowicz, Keith Haring and Kenny Scharf and Jean-Michel Basquiat and a handful of other people who were doing great work . . . . They inspired many people to make art in this environment and to show art in this environment. I swear to you, around 1980, I don’t think there were five galleries in the East Village. In 1985, at the peak of the East Village art “things” there probably was, no exaggeration, 100 galleries. . . . Now we may be back to five here . . . I don’t think there are a dozen. So, what happened was that there was this core of people who were doing great work and this group surrounding them, shall we say, who were inspired by them to make art, and there was a larger group around that, who was inspired by whatever they saw, which they might not have even comprehended, to be part of the art scene. This always happens in our society, you get the geeks, the charlatans, the mountebanks, the exploiters. The East Village was the psychedelic haven in the ‘60s and it became a smack [heroin] killing field. There was a point where there were so many people involved in this scene that had no comprehension of the meaning of art. The weight of that sank the entire scene. It didn't help that people started dying of AIDS. I guess a lot of key people felt they couldn’t function here anymore. Another thing happened. There was a winnowing out where some key people were seduced into the SoHo scene. One of the things that happened to the East Village Eye was that we were doing great with those art ads. Eight pages, quarter pages. People would spend 100, 150 bucks for an ad in the East Village Eye. We would write about the art. We didn’t write favorable reviews if we didn’t want to, I am happy to say. But we wrote about it. These ads were supporting the paper for a good three years. When this winnowing out process happened, the artists, the gallery owners were pulled into the SoHo art sphere. As they abandoned the East Village, they also abandoned the East Village Eye, in many cases. Out advertising plummeted as a lot of the galleries started to move out. The wannabes, when they saw the key players leave, they didn’t want to be there. It was kind of a rush to the exits. . . . and in no time there was a deafening silence in the East Village art scene. 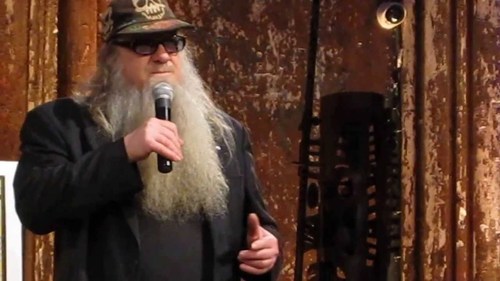 Born in 1948 to working class parents in Calgary, Clayton Patterson moved to New York in 1979. Since then his artistic practice has focused on chronicling the life and times the city’s Lower East Side—from the Pyramid Club to the Tompkins Square Police Riots. Patterson joined the No!art movement in 1994. He continues to live and work on New York’s Lower East Side.

Other books by Clayton Patterson 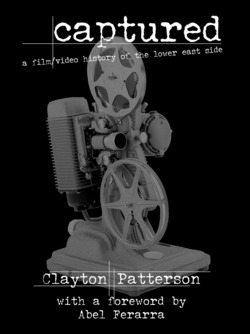 Captured: A Film/Video History of the Lower East Side