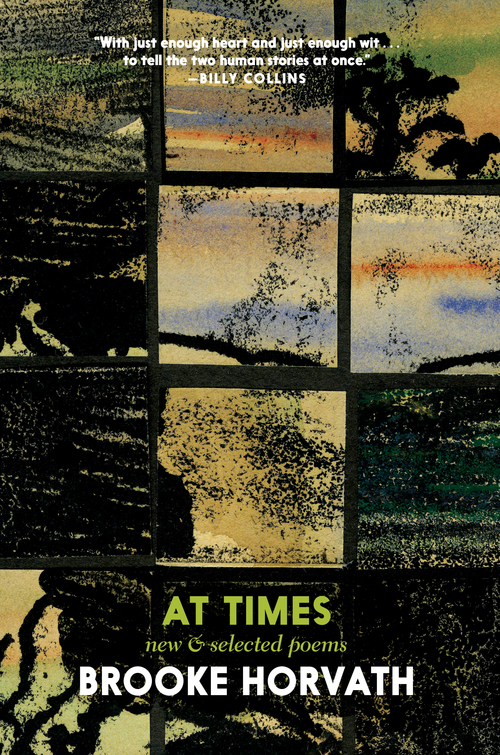 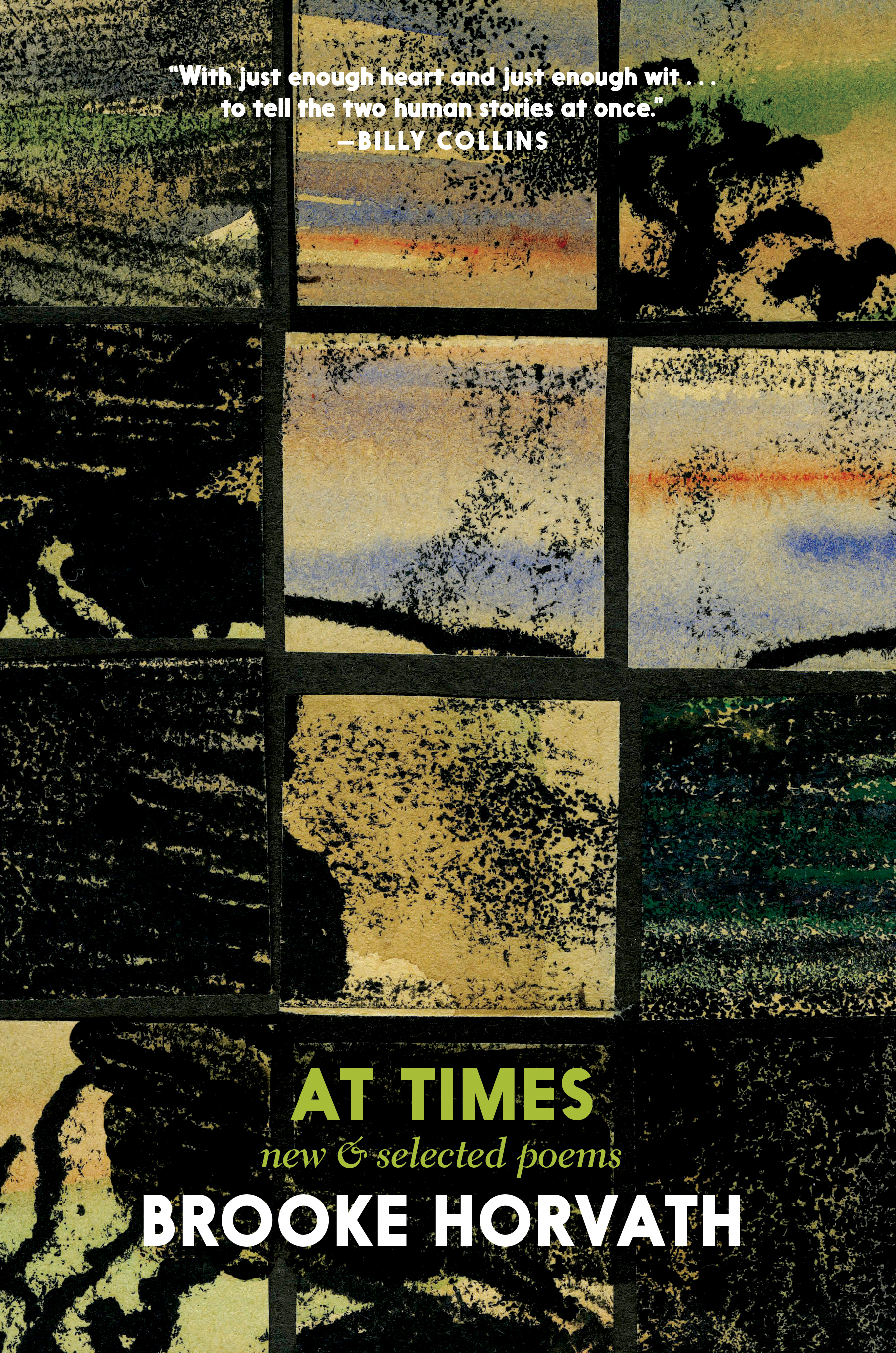 "At times . . . I wanted to be a poet." A fittingly sly and humble epigraph for this half-a-lifetime's worth of sly and humble, and also lyrical and joyous, poems.

From the first poem in the collection, "The Woman in the Peter Pan Collar," in which the poet examines an old photograph of his mother, searching for clues, to the last, "Rainouts," in which he beseeches the Lord to let his own death take place on the sort of day that strands baseball games mid-inning, leaving "all final decisions happily deferred," Brooke Horvath is always intimate, never rhetorical or bland. This is poetry not just for the sake of poetry, but poetry as a way of life, of engaging with the world. Like the works of Alan Dugan or Galway Kinnell, these are poems of the everyday and, when read slantwise, of what lies beyond. The whole collection, in fact, is imbued with the wily double meaning of the final couplet from "What in the World Were We Thinking Of?"—"It was a day when nothing happened / that we will find worth remembering."

“Brooke Horvath is a cosmologist of moments, one who maps the meteor showers in the night sky and also in a child's unguarded eye. Upon his maps, we may read the farewell greeting of all things real and near, imagined and far: 'nothing is ever wasted/although nothing lasts.' If these poems were not so beautifully made, they'd be the end of the world. Thank heaven, they are.”

“Reading Brooke Horvath’s At Times: New and Selected Poems is like leafing through a family album. The line that opens “Christmas Morning”—“I turn again to old photographs”—could serve as an epigraph to the book. Memory drives these poems, from a rare day of contentment to times of anguish and anger (a daughter with Down’s Syndrome, divorce, the deaths of loved ones). What keeps the poems from collapsing into darkness is Horvath’s irreverent wit and learning lightly worn, in a language that can be playful but is always direct. As he says in a couplet from “Prejudice,” he likes a poet “who lays down words like bricks in a row / and never says what he doesn’t know.” At Times feels like more than a book: it’s a life set down solidly in words.”

– Elton Glaser, author of The Law of Falling Bodies

“Brooke Horvath writes with just enough heart and just enough wit to strike a balance that allows him to tell the two human stories at once. At Times is a generous gathering of tightly focused, smart, sensitive poems.”

– Billy Collins, author of The Rain in Portugal

“I’ve known and admired the poems of Brooke Horvath for many years, drawn to their quietly profound music, the language keyed so aptly to the sad, the sensuous and often exhilarating music of our lives. This astonishing collection reveals the surprising range of his work, an expansive landscape of moments that arise from close observation of the deeply human world he not only inhabits but invents. I’ll return to these poems again and again - that’s without question.” 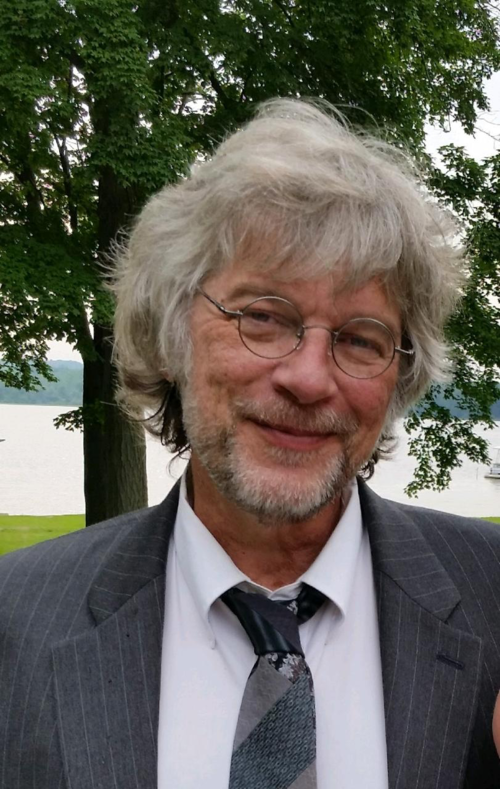 A poet, professor, and scholar, BROOKE HORVATH grew up in Elyria, Ohio. He is the author of numerous books of poetry, including At Times, In a Neighborhood of Dying Light, Consolation at Ground Zero, and The Lecture on Dust, as well as a book of criticism, Understanding Nelson Algren. He co-edited, with Dan Simon, Algren's Entrapment and Other Uncollected Writings, also published by Seven Stories Press. Horvath is Emeritus Professor of English at Kent State University and splits his time between Kent, Ohio, and Fredonia, New York.

Other books by Brooke Horvath