A breathtaking short novel about the complicated feelings of hate, pity, and  in familial love, by an acknowledged Latin American master.

A brilliant and dark tour de force, Jewish Son presents the delicate archeology of the stubbornness of a boy who demands his parents’ attention. It is a brutal confession of the lies necessary to win a space of approval in a troubled family, a treatise on the excesses of love and the paradoxical lack of affection that is never enough, an accomplished narration of childhood from the point of view of the adult gaze, and a rewriting of Kafka’s Letter to His Father. As his father’s imminent death becomes an ever more concrete reality with surgeries, caregivers, sedatives and his mother grows obsessed with visits to the rabbi and amasses saint cards and Buddhist prayers, the narrator evokes the remnants of the rejection that pervaded his childhood. Without yielding to the idealization of youth or to the delight in pain before physical decay and death, Guebel dissects, beautifully although with discomfort, his very early conversion to the dream of literature as an act of reparation.

Available for pre-order. This item will be available on April 25, 2023.

“Who does Daniel Guebel resemble as a writer? One might say that his subversive prose comes from Gogol and Nabokov, or even that he seems an improbable Argentine Pynchon. But Guebel is great due to his own qualities.”

“A book like this one, which asks about identity, the invention of an inheritance, and even the construction of the figure of the author, necessarily had to inquire into the very limits of the genre in which it is written.”

“This brief novel, written in just two months, has the simplicity—which never means simplemindedness—of a perfect book. The Jewish Son is an autobiographical novella that reads like a memoir, in which Guebel retraces his relationship to his father: from the boy’s childhood education of physical punishments, to the Copernican turn when the grown man has to take responsibility for a vulnerable parent.”

“Guebel measures himself against Kafka as a long-suffering Jewish son, but also as an author. He acknowledges the Prague-born writer’s top place on the podium of European literature (as he assures us, he wouldn’t hesitate to save him in a fire before Joyce), and like Franz, he shields himself with writing as a refuge from paternal incomprehension and cruelty.” 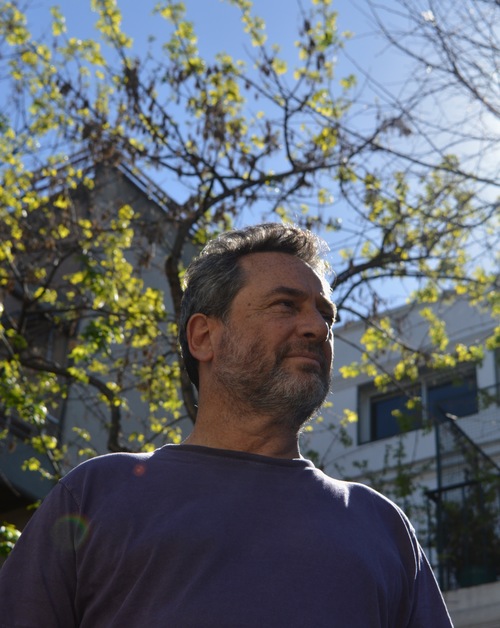 Daniel Guebel has published over twenty-five books, including novels, short stories and plays. He won Argentina’s National Literature Prize as well as the Argentine Academy of Letters’ novel prize. The Absolute was chosen by La Nación newspaper as its book of the year and The Emperor’s Pearl won the Emecé Prize. His autobiographical book The Jewish Son also won the Buenos Aires Book Fair’s award for literary criticism. Guebel’s latest novel is A Japanese Crime. A lover of Japanese literature, he owns a sushi restaurant.
More on Daniel Guebel

Other books by Daniel Guebel 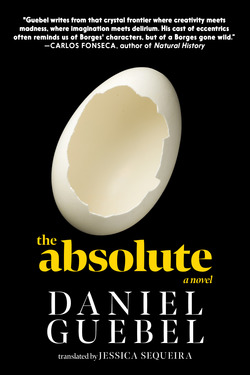