A Visual History of Protest Among the English Speaking Peoples 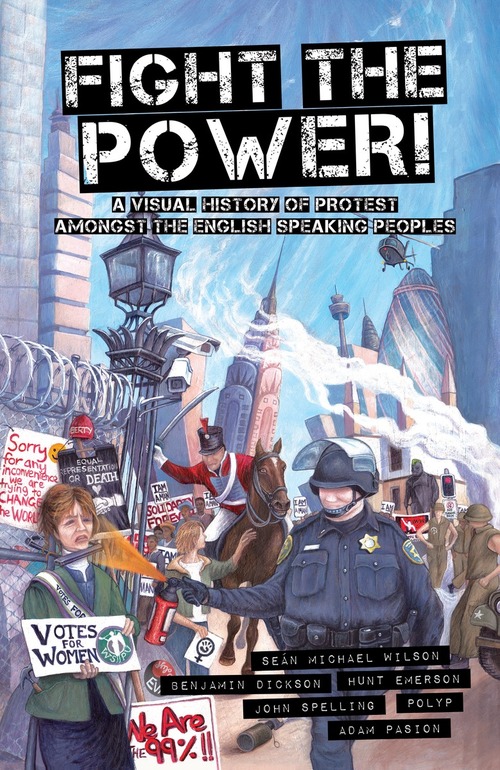 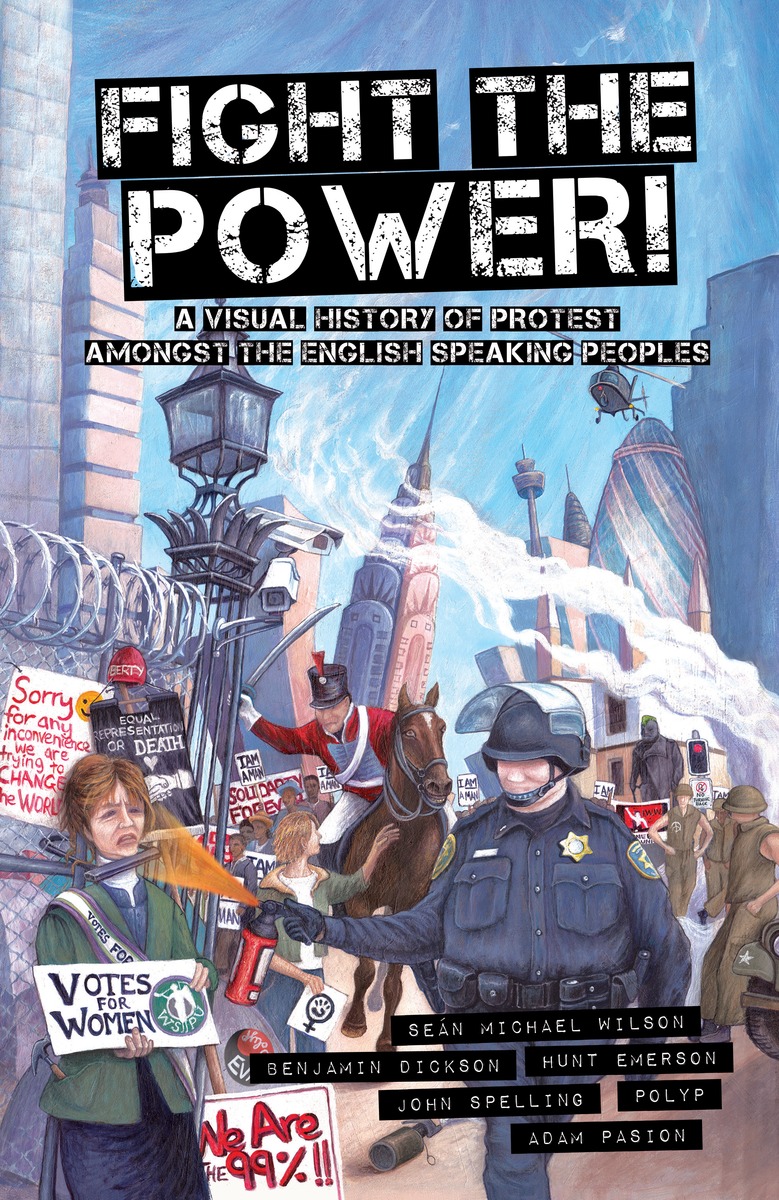 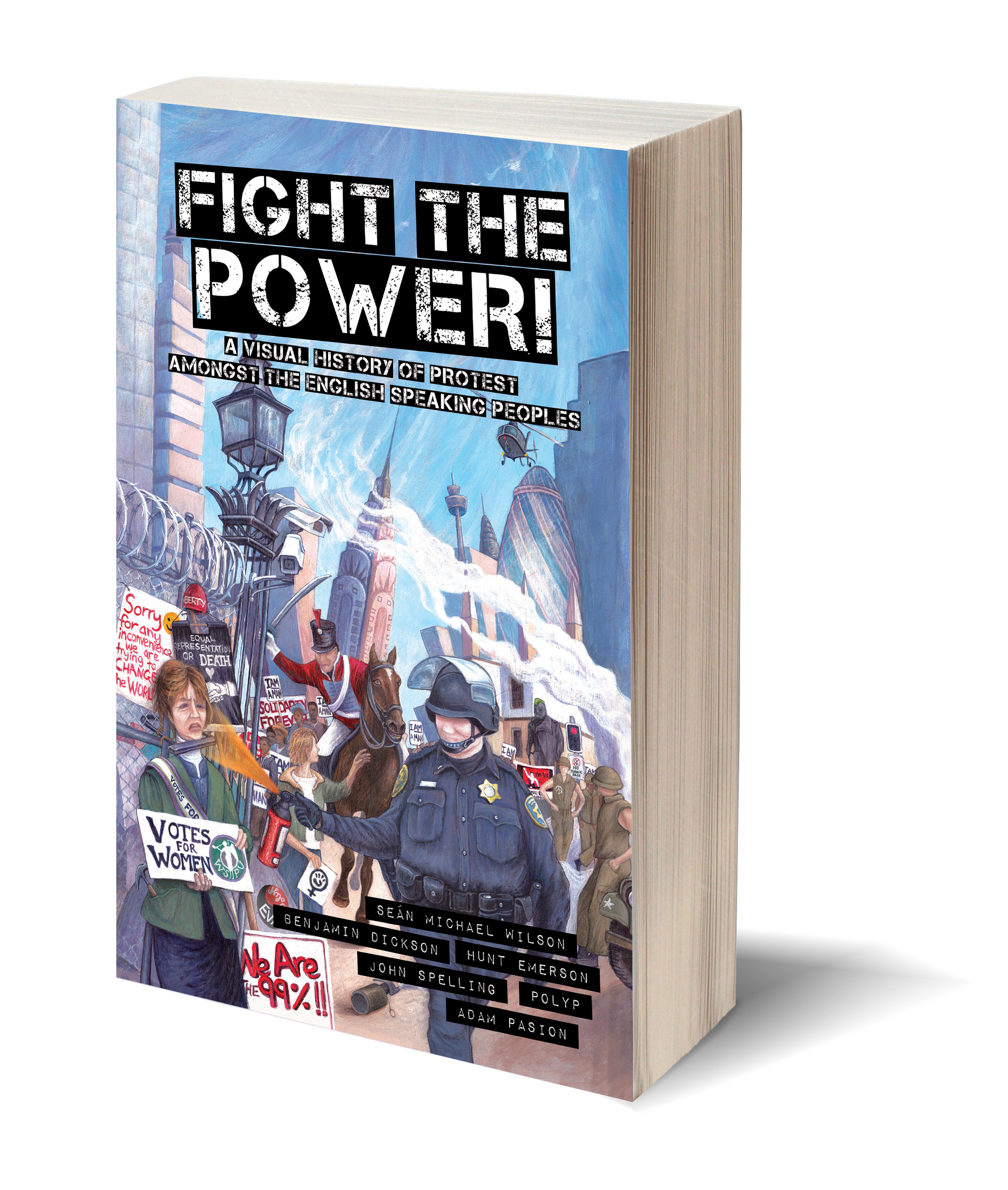 A new kind of history book: a graphic narrative that explains how ordinary people have fought against oppression across time.

Unlike most history films from Hollywood we have not reduced the issues in this book to just: 1. Romance, 2. Great leaders, 3. Violence for the sake of it. Rather, Fight the Power is more about those OTHER folk involved in history–the 99%!

In Fight the Power!, comics authors Sean Michael Wilson and Benjamin Dickson team up with illustrators Hunt Emerson, John Spelling, and Adam Pasion to show how this process has been played out again and again throughout history—and has slowly but surely led to hard-won rights for the people along the way. Focusing on the English-speaking nations, Wilson and Dickson chronicle the struggles of the Luddites and Swing Riots in the early 1800s, through the Irish Rebellions that lasted through 1922; from the suffragettes in 1918 to Rosa Parks and the bus boycott of the mid-1950s; from the trial of Nelson Mandela to the Occupy movement that has only just begun. By illuminating the variety of protests—and the valuable connections among them--through an accessible art form, Fight the Power! shows that there is a point to the struggle, fight by fight, win by win.

Revolutionary ReadsRadical GraphicsMemoirs and BiographiesAbolish!: A Reading List on Police, Prisons, and ProtestLearning from the Past for a Better Tomorrow

“Throughout human history, social change has never been doled out by those very few that hold power, but taken by the collective with a common need for justice (like not to starve or be worked to death for pennies). Fight the Power harnesses a chunk of this history and graphically illuminates it with humor and eloquence. It reminds us of the struggles that, against the odds, brought us a better world and empowers us to carry those actions into the future.”

“An accessible and engaging introduction to protestors in history. If you care about social change, read it!”

– Mary Talbot, author of Dotter of Her Father's Eyes 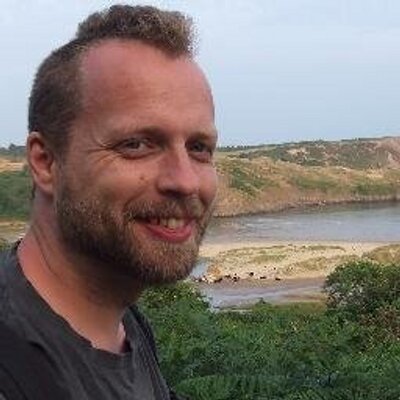 Benjamin Dickson has written short stories for a number of publishers including Heavy Metal Magazine, Self Made Hero, and Ctrl Alt Shift, for whom he wrote Not One Minute of Silence (illustrated by Warren Pleece), a true account of police brutality and murder in Colombia. He is also the writer of the action comedy Santa Claus vs the Nazis (illustrated by Gavin Mitchell, published online by Aces Weekly) and the award-winning Falling Sky. He also works part-time with mental health service users as a community artist. Dickson lives in Bristol, UK.

Other books by Benjamin Dickson 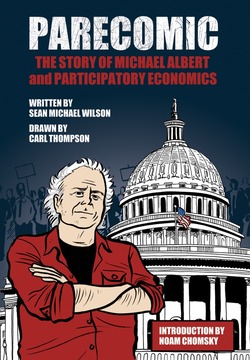 Parecomic: Michael Albert and the Story of Participatory Economics