Michael Albert and the Story of Participatory Economics 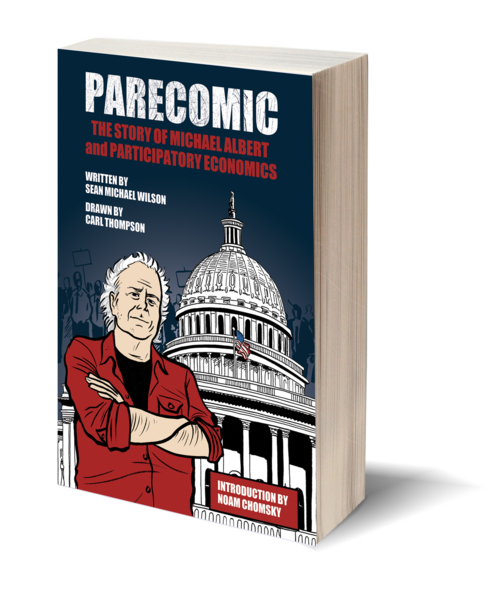 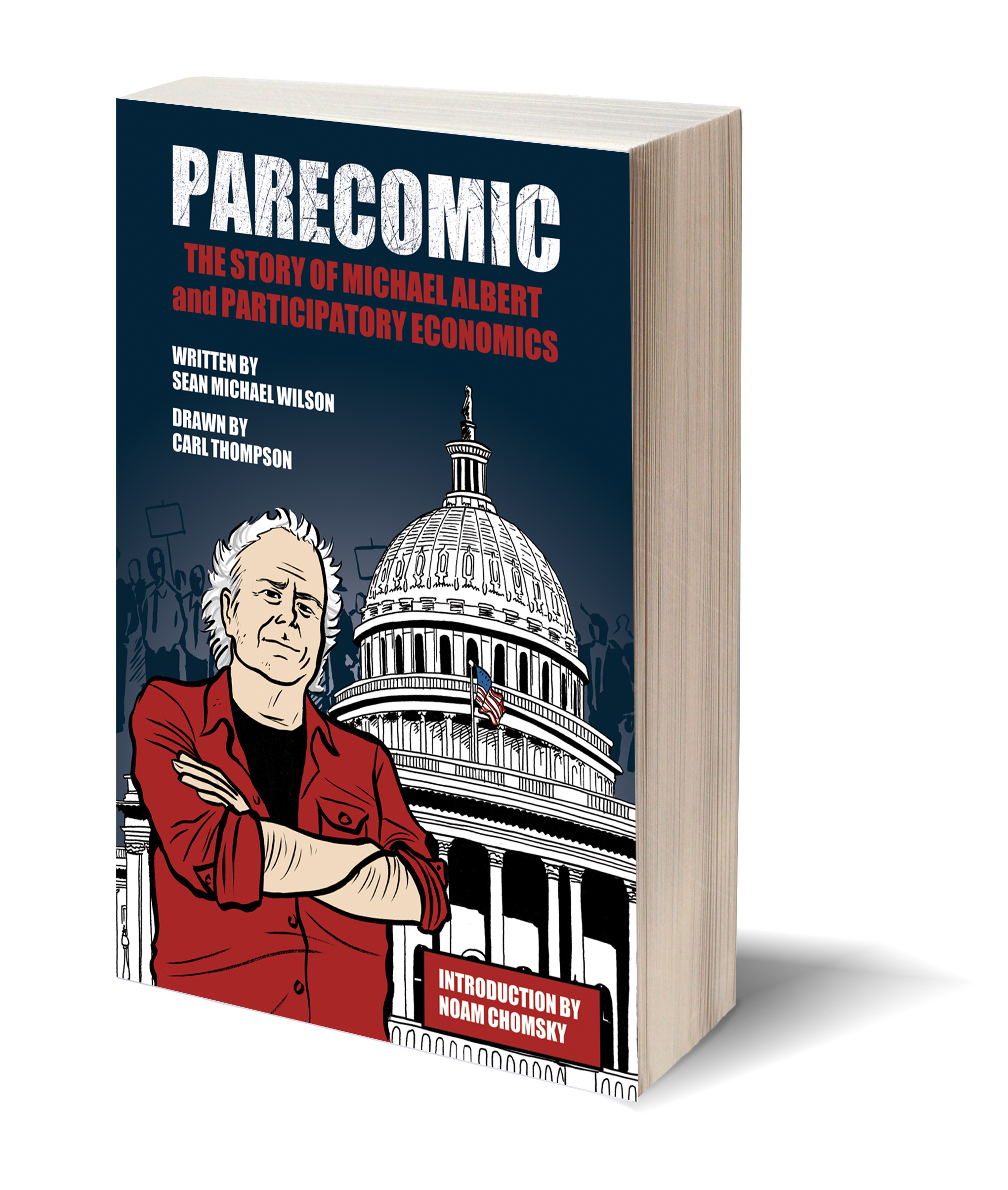 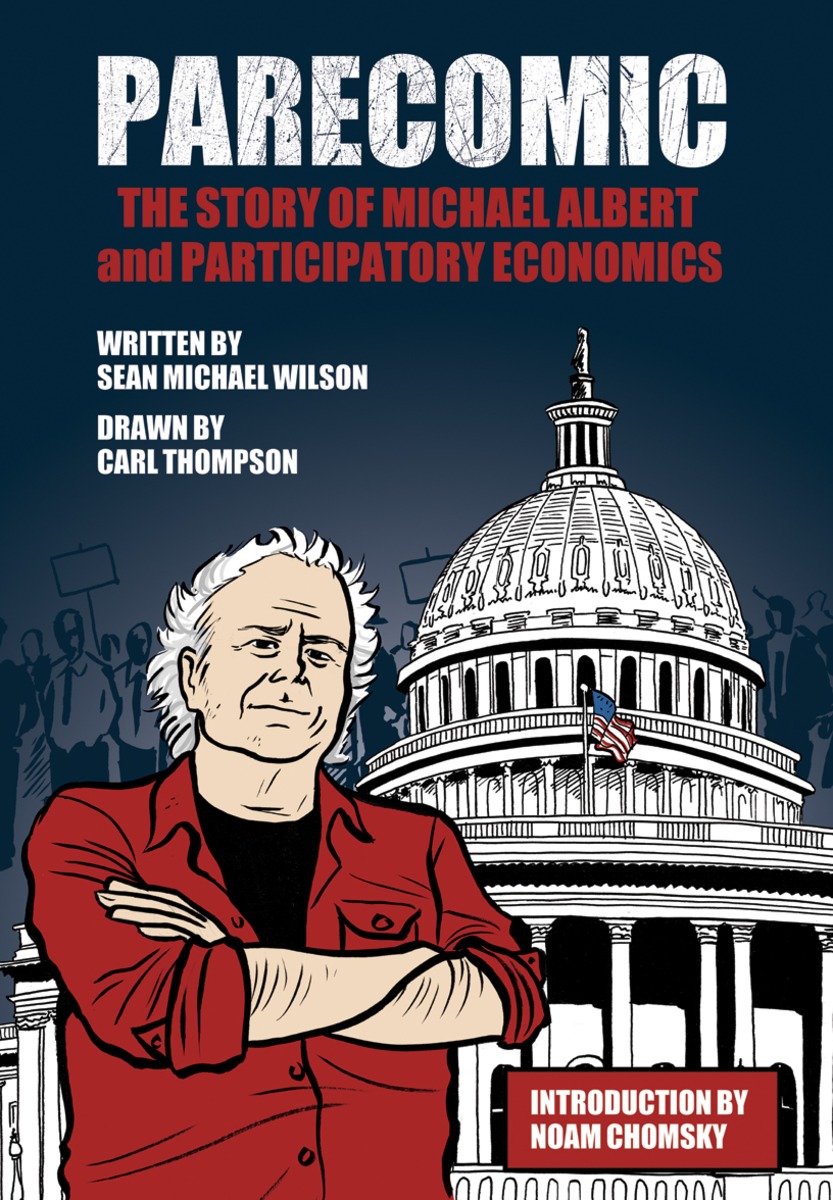 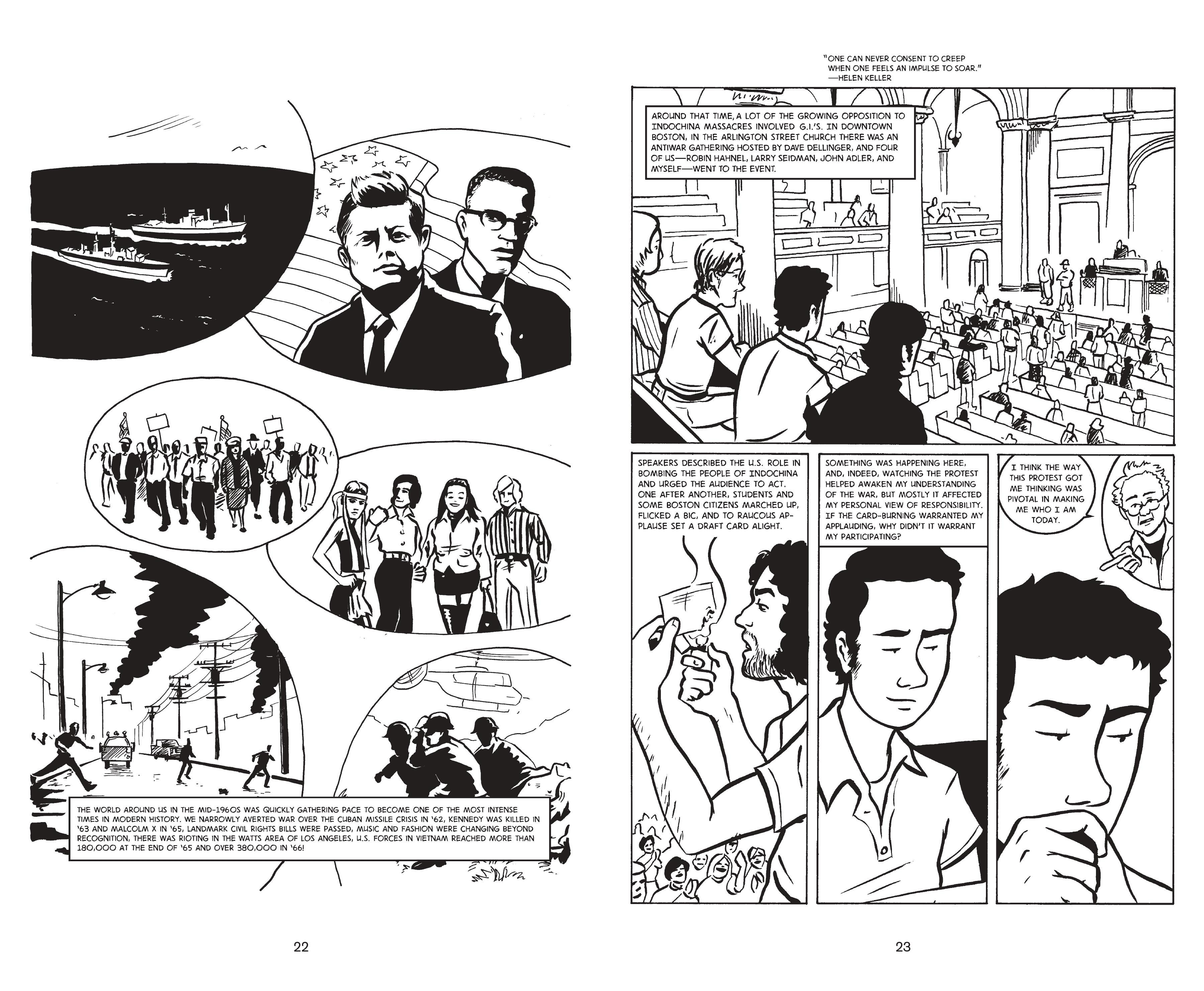 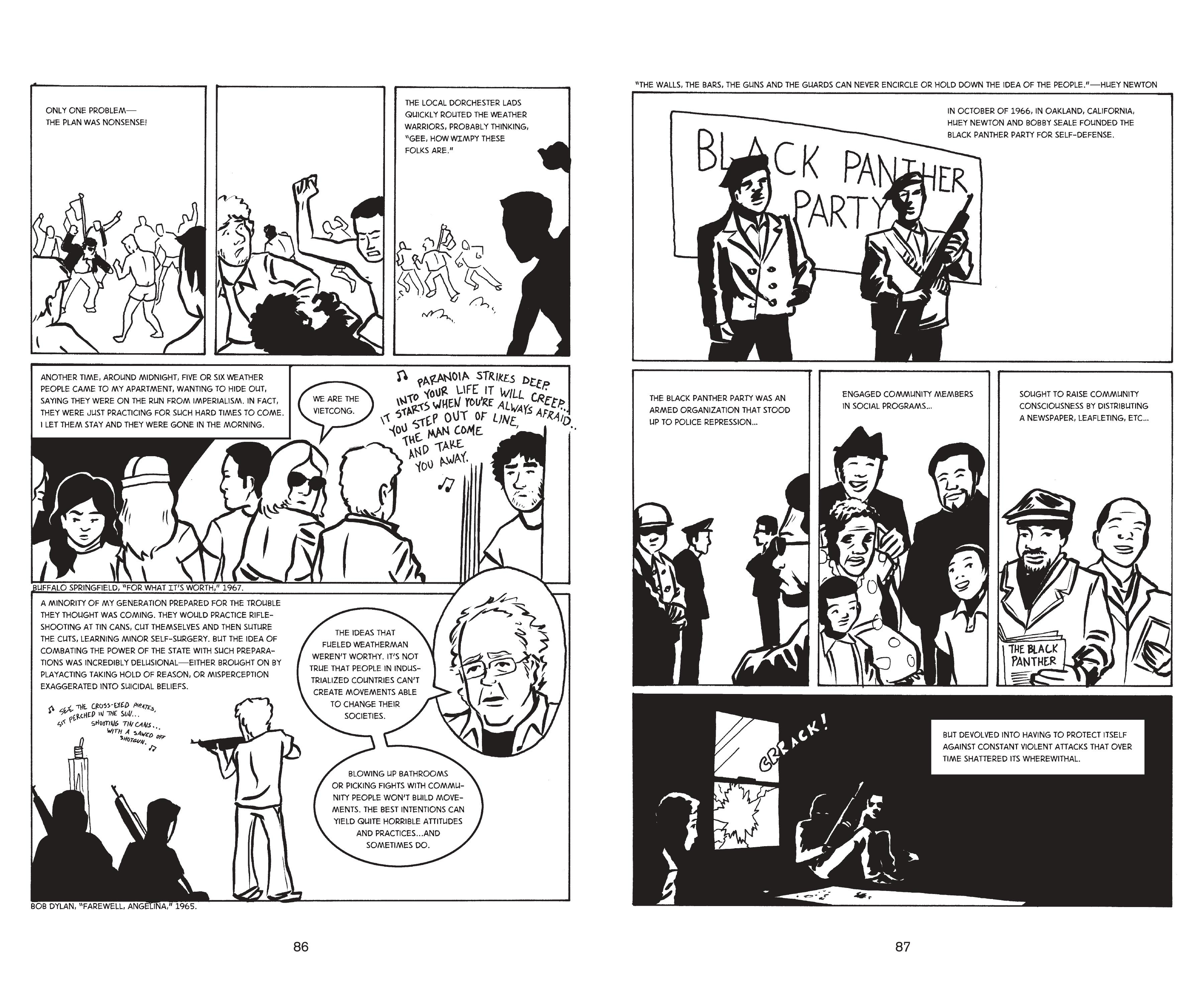 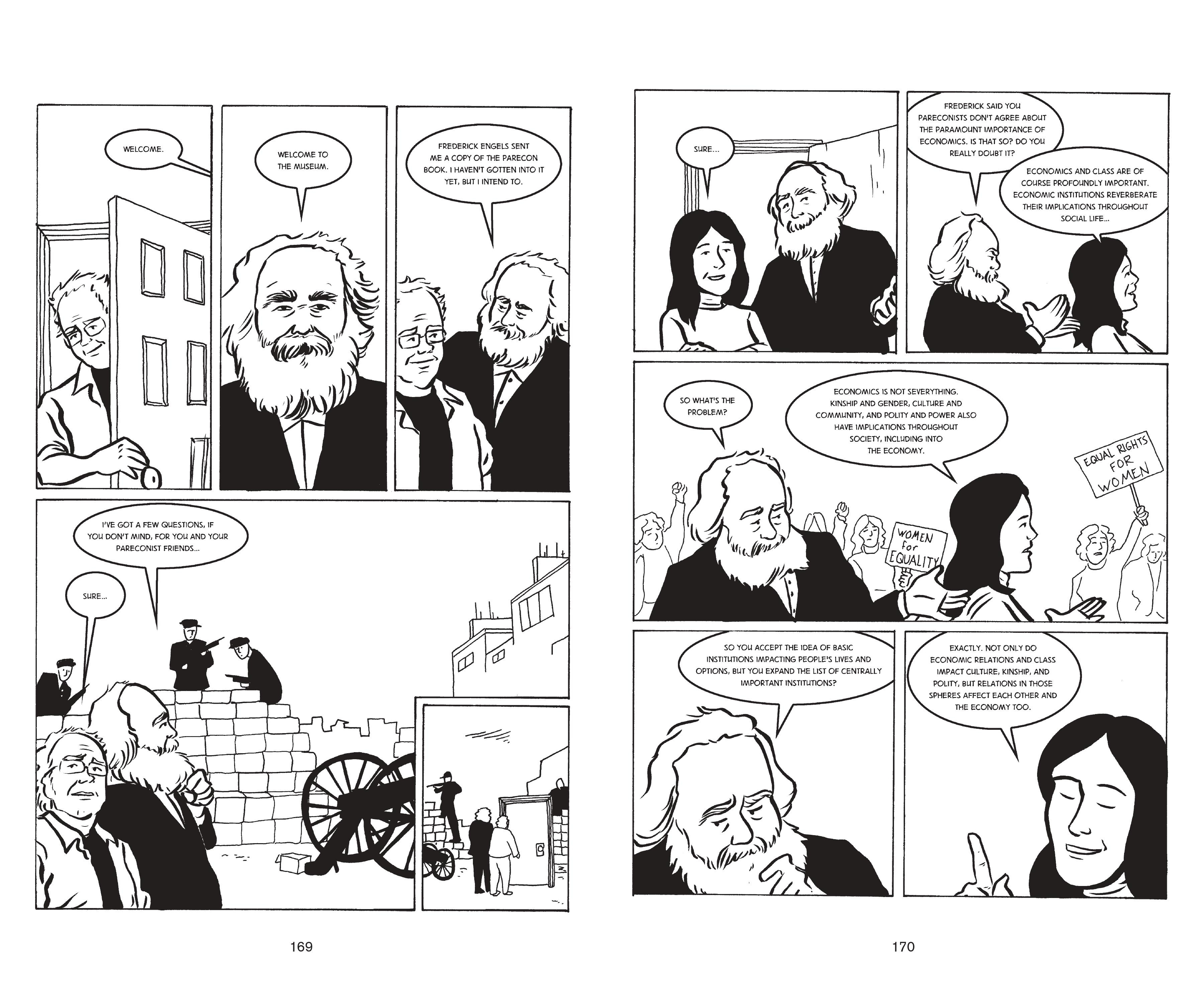 Parecomic is a graphic novel about something that affects us all: the system we live in—what's wrong with it, and how we might be able change it for the better. Written by Sean Michael Wilson, and drawn by Carl Thompson, Parecomic is about Michael Albert—the visionary behind "participatory economics"—and his life's struggle as a left-wing activist in the US.

Parecomic will guide readers through this anarchist-influenced economic system, alongside the biography that led to its development—beginning with the heady days of 1960s student demos and lifestyle rebellions; following the developments of the antiwar, civil rights, women's, and Black Panthers movements; to the establishment of alternative media like South End Press and ZNet.

The recent upsurge in popular protest in the US and around the world shows that people are not happy with the state of capitalism. The Occupy movement, particularly, makes plain the desire for a better system, a model that will work for the 99%, not just the 1%. Parecon is one such model, and Parecomic brings this to life in illustrated form.

“Whether you're a young activist wondering why Occupy Wall Street rose and collapsed so fast, what the heyday of left progressivism felt like in the 1960s and 1970s and what the next push against capitalism will feel and look like, Parecomic will walk you through all this and more: the formative experiences of a singular thinker, activist, and publisher everyone should know about.”

Carl Thompson is a cartoonist based in Minneapolis. A graduate of the Minneapolis College of Art and Design, he has worked with writer Sean Michael Wilson on the political comic strip Green Benches, published monthly in the British magazine Blue and Green Tomorrow. 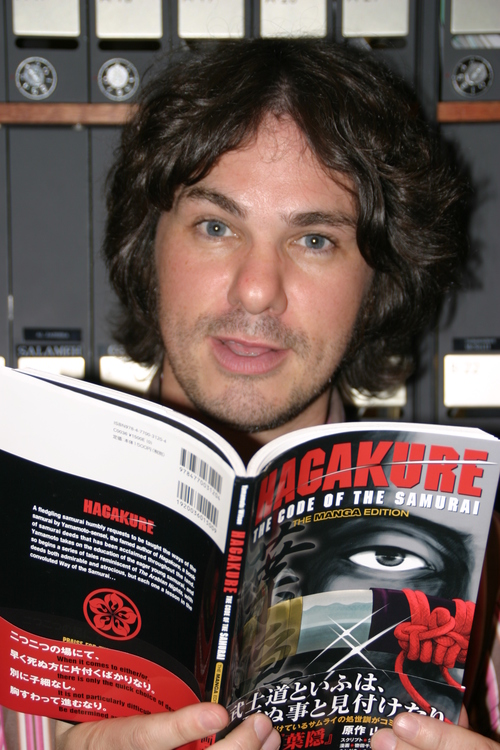 Other books by Carl Thompson