Our Word is Our Weapon 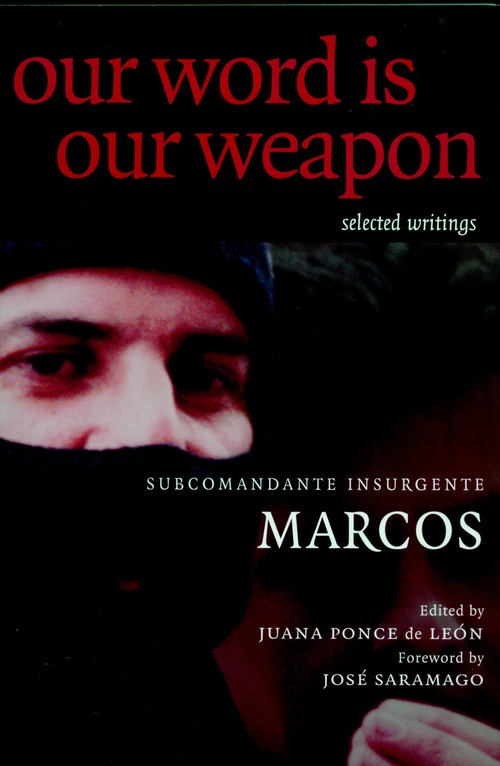 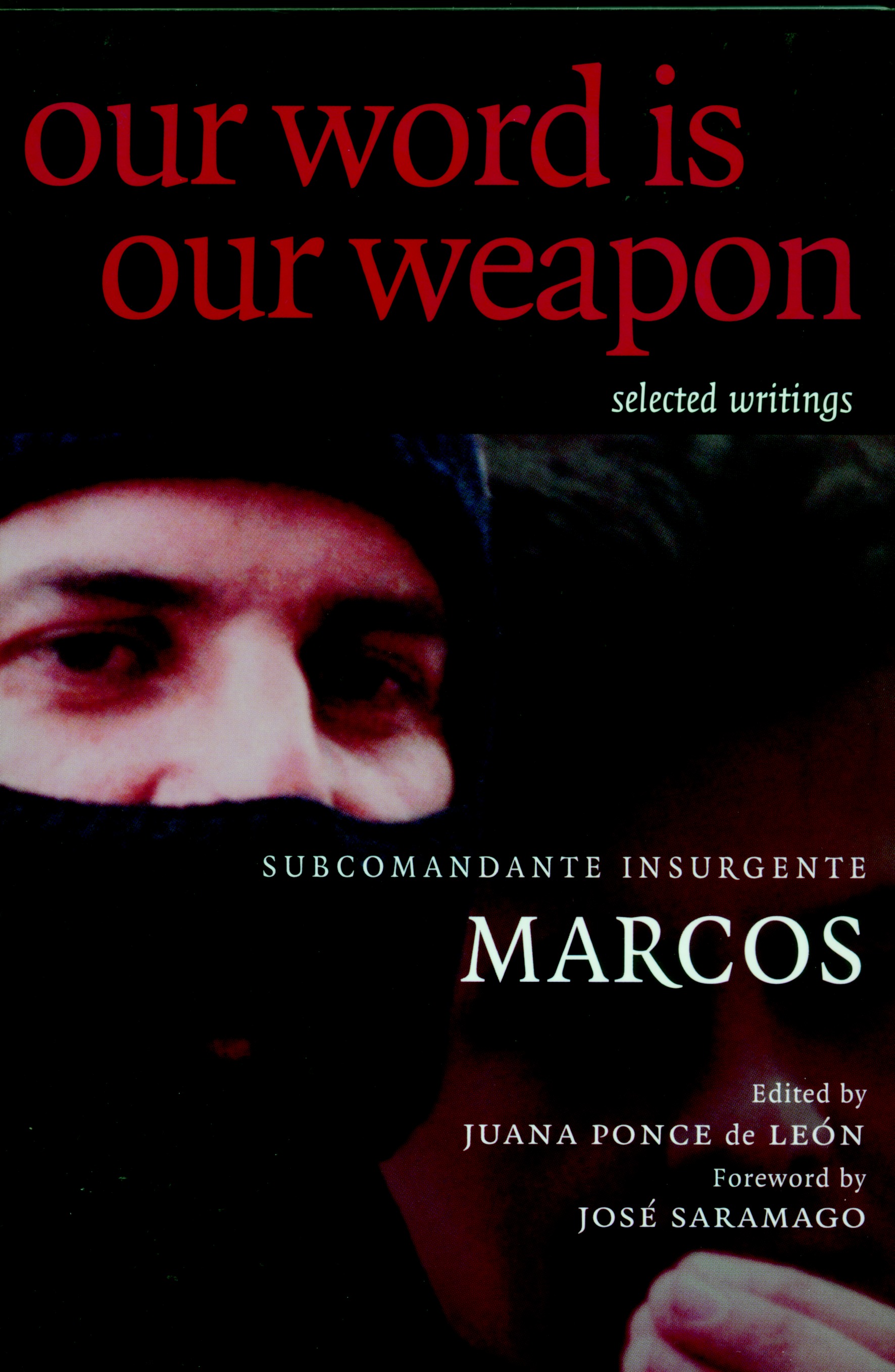 In this landmark book, Seven Stories Press presents a powerful collection of literary, philosophical, and political writings of the masked Zapatista spokesperson, Subcomandante Insurgente Marcos. Introduced by Nobel Prize winner José Saramago, and illustrated with beautiful black and white photographs, Our Word Is Our Weapon crystallizes "the passion of a rebel, the poetry of a movement, and the literary genius of indigenous Mexico."

Marcos first captured world attention on January 1, 1994, when he and an indigenous guerrilla group calling themselves Zapatistas revolted against the Mexican government and seized key towns in Mexico's southernmost state of Chiapas. In the six years that passed since their uprising, Marcos altered the course of Mexican politics and emerged an international symbol of grassroots movement-building, rebellion, and democracy. The prolific stream of poetic political writings, tales, and traditional myths which Marcos penned from 1994 to 2000 fill more than four volumes. Our Word Is Our Weapon presents the best of these writings, many of which have never been published before in English.

Throughout this remarkable book we hear the uncompromising voice of indigenous communities living in resistance, expressing through manifestos and myths the universal human urge for dignity, democracy, and liberation. It is the voice of a people refusing to be forgotten the voice of Mexico in transition, the voice of a people struggling for democracy by using their word as their only weapon.

Our Word is Our Weapon Subcomandante Marcos

“This is an extraordinary collection of writings, documenting one of the most important grassroots rebellions of our time. It conveys the mind and spirit of the Zapatista movement with eloquence and astonishing immediacy.”

“This eccentric collection of writings, which includes everything from the Zapatista's declaration of war to magic-realist stories about a beetle named Durito, proves Marcos to be a passionate and surprisingly self-deprecating writer.”

“The Zapatistas are an extraordinary example of resistance by the supposedly powerless against the powerful and they have endured for 25 years—and brought us what this book offers, a poetic, sometimes lyrical, sometimes comic, often utterly fresh and insightful, political language, grounded in the natural world, in weather, seasons, plants, animals, growing, harvesting . . .”

“… Language as strong as dignity and as subtle as love. To read this collection is to discover that rare animal: an original voice.”

“A literary masterpiece that provides an invaluable lens into the Zapatista cosmos and one of the most remarkable minds of our time.”

“Set against other radical manifestoes of the past … Our Word Is Our Weapon exudes a political timelessness … The tempered words of Subcomandante Marcos read like an instruction manual for future rebellions.”

“Marcos is the voice for many voices. His words, fashioned from humor and poetry, reveal the deep roots and abundant branches of the Zapatista insurrection in Chiapas. It is an original language for an original movement that is transforming Mexico and is helping to change the world.”

“Revolt is the mirror in which greed is forced to see itself. Our Word Is Our Weapon reflects the deep soul beauty and determined hearts of deliberately impoverished people as they stand up to the most insatiable giant the world has ever seen. Theirs is a stance of dignity, courage and self-respect. And that is what they inspire in us, even as they suffer.” 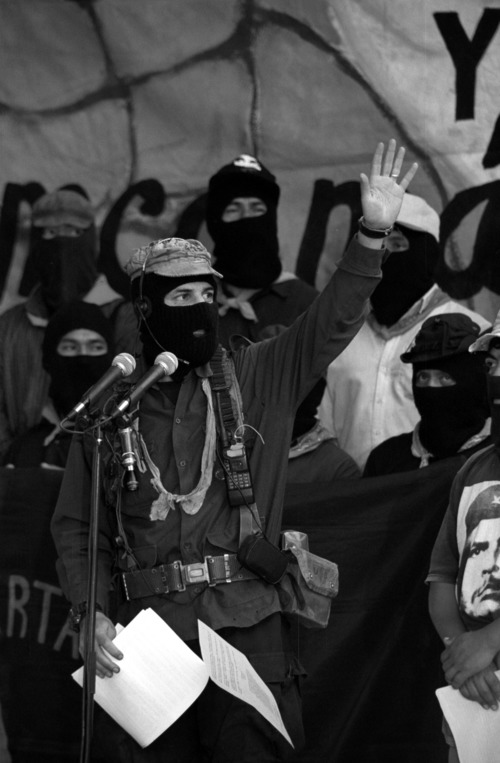 Subcomandante Insurgente Marcos is a spokesperson and strategist for the Zapatistas, an indigenous insurgency movement based in Mexico. He first joined the indigenous guerrilla group that was to become the Zapatistas in the early 1980s. Marcos is author of several books translated into English, including Shadows of Tender Fury, which featured early letters and communiques, and a children's book Story of the Colors, which won a Firecracker Alternative Book Award. In 2014 it was announced that Subcomandante Marcos would no longer make public appearances.

Other books by Subcomandante Marcos 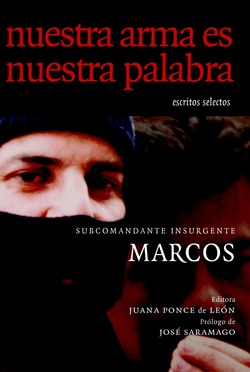