The Instinct for Cooperation 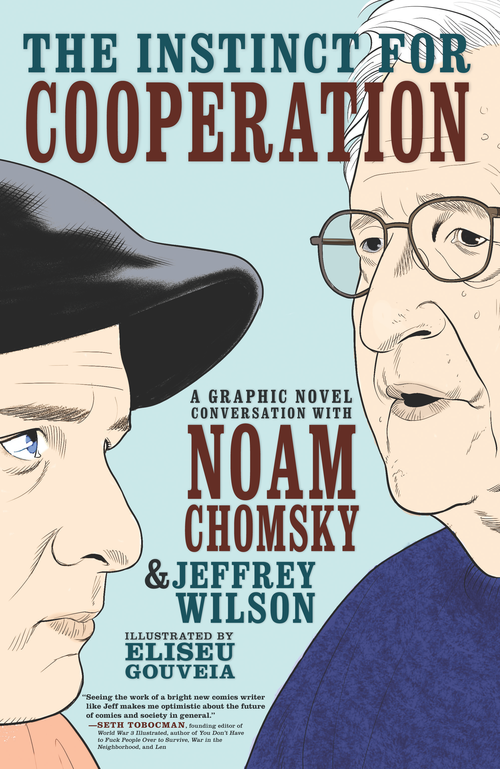 An astonishing graphic novel that brings Chomsky's political analysis to bear on real people's stories on the frontlines of America's struggle for economic justice and human dignity.

The Instinct for Cooperation innovatively balances those real-life stories of struggle with conversations the author has had with Chomsky on how best to understand them. Although the themes are wide-ranging, this book is ultimately about the importance and need for spaces of resistance in countering state and other institutional forms of violence. For example, when discussing the removal of books by police and sanitation workers from Zuccotti Park in November of 2011, Chomsky paused to say "Arizona knows all about that," referring to the 2010 ban of Mexican American Studies in Tucson schools under Arizona House Bill 2281, which deemed classes that taught "ethnic solidarity" to be illegal. Rather than footnote the reference, author Jeffrey Wilson tells that story. Like Joe Sacco's animated political journalism, this book offers a unique perspective on current issues, while providing a major contribution to the understanding of Chomsky's political theories.

“Seeing the work of a bright new comics writer like Jeff makes me optimistic about the future of comics and society in general.”

– Seth Tobocman, founding editor of World War 3 Illustrated, author of You Don't Have to Fuck People Over to Survive, and Len

“Laser-sharp graphics and critical analysis, and radical love. Wilson and Gouveia give us a conversation with Chomsky that everyone can be part of.”

– Kate Evans, author of Red Rosa: A Graphic Biography of Rosa Luxemburg, and Threads: From the Refugee Crisis

“By placing readers into an intimate conversation with one of this country’s most important thinkers, as well as members of the Occupy Wall Street movement, Wilson and Gouveia provide a vital entry point for those seeking to wrestle with these ideas, sure to inspire further explorations of their own.”

“What can be done? How do we begin to understand how to organize our thoughts—and our communities—to right inherent wrongs? One place to start might be The Instinct for Cooperation. Wilson, a doctoral candidate in geography at the University of Arizona, has distilled some of Chomsky’s ideas about threats to social and economic justice into a series of conversations with Chomsky and others. These chats highlight moments in history that could very well be seen as tipping points, where decisive action spawned by malaise replaced complacency. This book may serve as a primer for those who are interested in learning how to better organize themselves to confront issues that plague our communities.”

“Life-affirming and sophisticated. This book is full of laser-sharp graphics and critical analysis, and radical love. Wilson and Gouveia give us a conversation with Chomsky that everyone can be part of. Even if you think you know all about Chomsky, this beautiful book is well worth checking out”

“Jeffrey Wilson breaks new ground, adding 'graphic interview' to the expanding categories of nonfiction comics and introducing Chomsky and his political thoughts to a new audience of readers.” 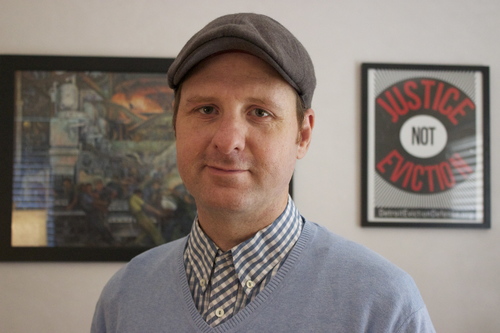 JEFFREY WILSON is a graphic novel author and Ph.D. Candidate in Geography at the University of Arizona. His work focuses on the social determinants of health, specifically the effect of foreclosures on health in Detroit, Michigan. He received a Master's in Anthropology from Columbia University where his work explored the ways ethnography could be written in graphic novel form. He has published one of the first graphic novel interviews to appear in a peer-reviewed journal. He lives in Santa Fe, New Mexico.

Other books by Jeffrey Wilson 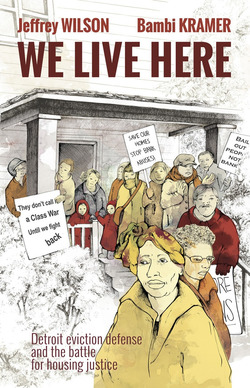 by Bambi Kramer and Jeffrey Wilson