Collections / The Best of Noam Chomsky

"Take a look at American society. Imagine yourself looking down from Mars. What do you see?
In the United States, there are professed values like democracy. In a democracy, public opinion is going to have some influence on policy, and then the government carries out actions determined by the population. That's what democracy means.
It's important to understand that privileged and powerful sectors have never liked democracy and for very good reasons. Democracy puts power into the hands of the general population and takes it away from the privileged and the powerful. It's a principle of concentration of wealth and power."
—from Noam Chomsky's "Requiem for the American Dream" 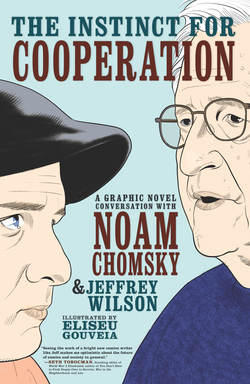 The Instinct for Cooperation: A Graphic Novel Conversation with Noam Chomsky