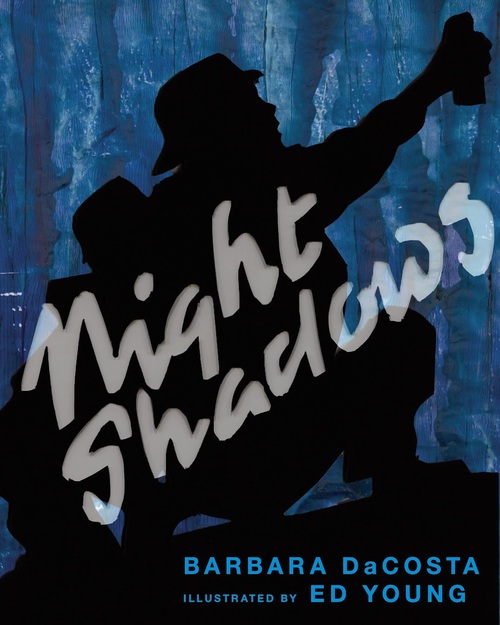 The third collaboration between Young and DaCosta tells the story of a lonely girl who finds an unlikely friend in her elderly neighbor.

Each night kids have been creeping around and spray painting houses in Tasha's neighborhood. Two days in a row, her neighbor Mrs. Lucy awakes to find graffiti outside her home. Tasha helps her paint over it. They discover that they are alike, except for their age, and become inseparable. But who keeps defacing Mrs. Lucy's house? Ed Young's inimitable cut-out art sensitively conveys the characters' emotions and the drama of the story: as the truth is discovered, the houses become multicolored, but the characters remain faceless. Then when the miscreants are revealed, Tasha's and Mrs. Lucy's faces become visible. A subtle expression of recognition on both... This nuanced story shows young readers that honesty and respect are the most important elements for friendship. With Night Shadows, Caldecott Medal-winner Ed Young's oneiric illustrations and Barbara DaCosta's introspective narrative jointly reproduce the intensity with which a child experiences solitude and companionship.