Vaccinations, the CDC, and the Hijacking of America's Response to the Pandemic 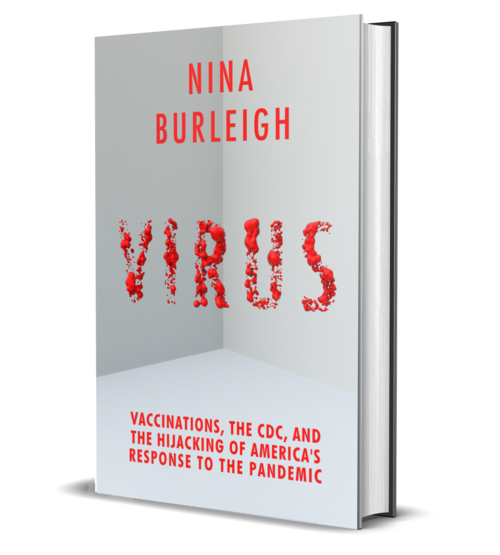 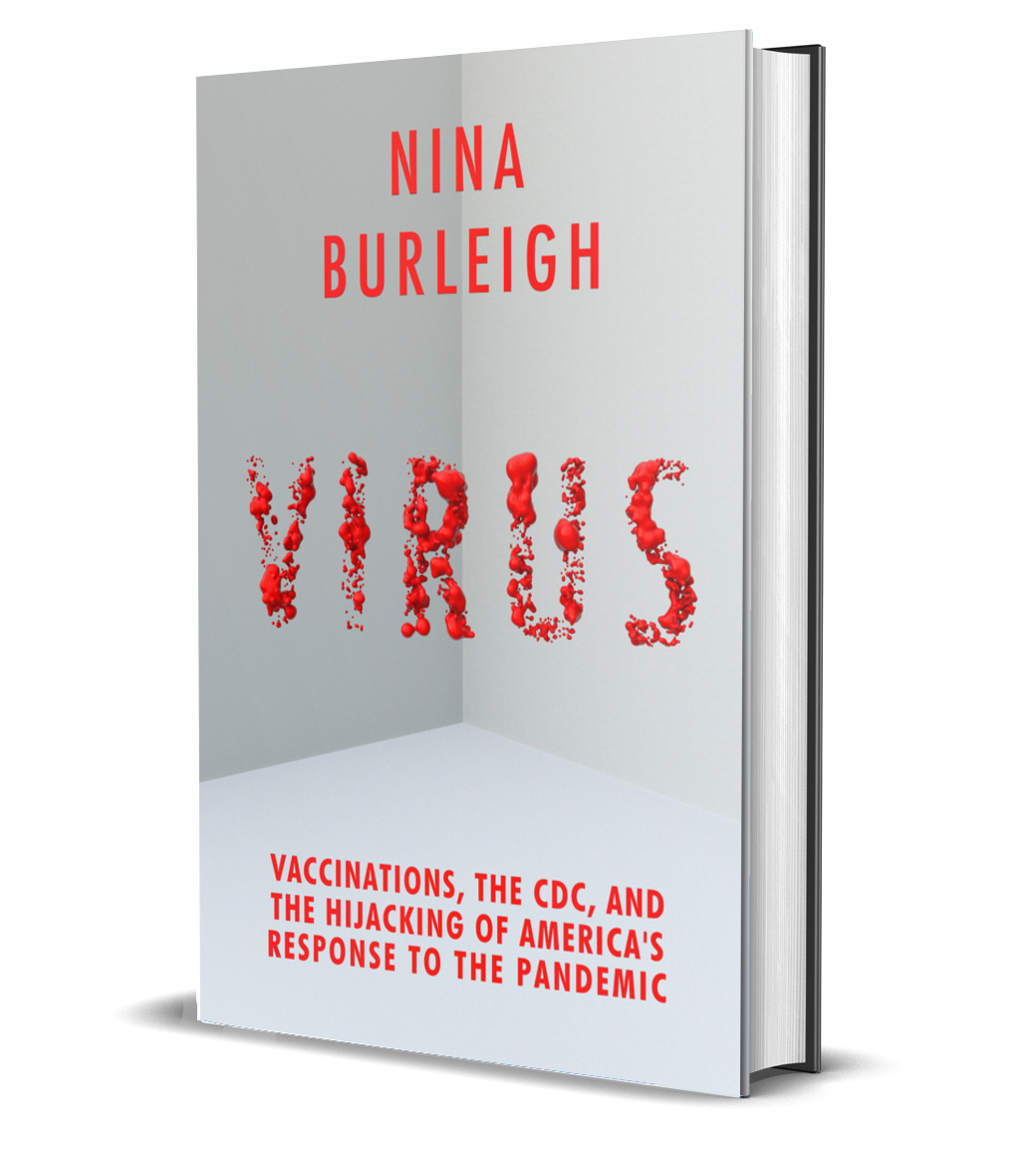 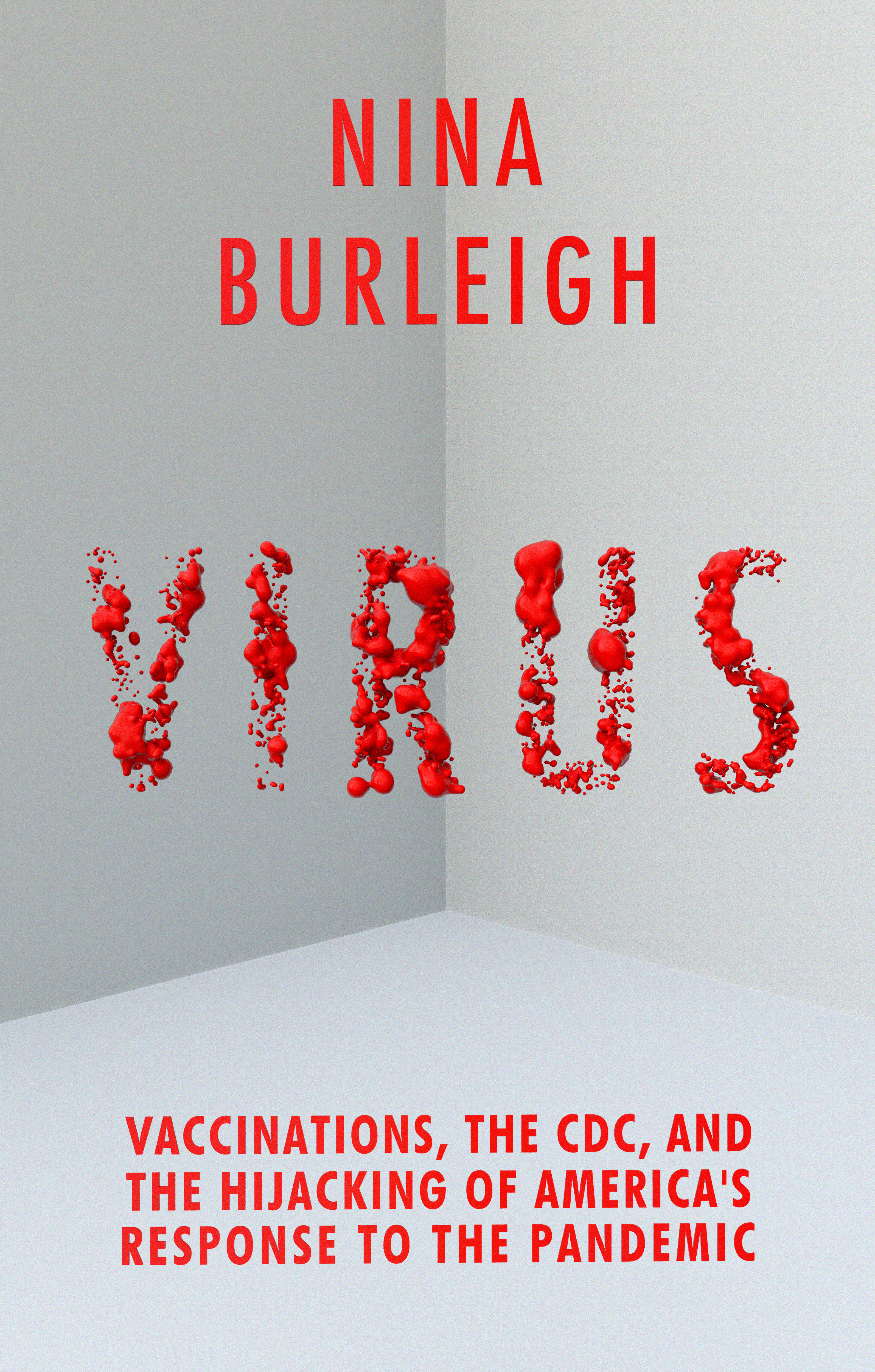 The only close analysis of our pandemic year revealing how the confluence of key government missteps, behind-the-scenes deal brokering, staggering dismissal of decades of scientific progress, conspiracy theories, and further malfeasance were behind hundreds of thousands of unnecessary deaths.

“A fast-paced narrative that captures the spirit of our dystopian times.”
—Craig Unger, author of American Kompromat

A few months before the virus slammed the world, global public health experts declared the United States the most prepared for a possible pandemic. Instead, we watched as the disease killed half a million Americans. A stunned nation has been too busy grieving and doing damage control to ask why, or to even start to comprehend just how much of the blundering and chaos of the pandemic response was actually either deliberate or entirely predictable. Nina Burleigh provides some shocking answers. Here readers will learn:

• How the Trump administration packed public health agencies with right wing Christians and their political allies who cared more about gender norms and policing morality than a possible pandemic.

• How another branch of the Trump administration, the anti-government ideologues, were so enamored of extreme free market principles that they treated the pandemic as a business opportunity.

• How America’s anti-expertise culture, long nurtured by right wing media and conservative politicians, and now at its apogee, has left countless millions of Americans doubting the efficacy and safety of vaccines.

• How the phenomenal success of childhood vaccines on extending average lifespan since the early 20th Century has left many Americans so ignorant about how much vaccines have already improved their lives that they’re willing to reject them.

• How our metastasizing national security state and the “bad science” of the Cold War from the A-bomb to bioweapons and beyond explains the credulity of vast numbers of Americans who subscribe to wild conspiracy theories about Covid.

• How a growing number of mainstream scientists now actually accept the “lab leak hypothesis” about the origins of the virus.

Virus: Vaccinations, the CDC, and the Hijacking of America’s Response to the Pandemic is not a book for those who think they already know how the story ends, but one that asks the tough questions in terse, hard-hitting paragraphs and chapters. Virus walks a tightrope wire, in the same way that nearly all Americans are already doing, and does not presume our lives will be saved by any one approach or answer, or that any side has ownership of the truth, but puts us on a path towards a better understanding of what just happened to us and where we’re likely to be headed when, not if, the next virus appears.

“Nina Burleigh has written a riveting, big-picture account of the unfolding of the pandemic in America. She shows how the spread of conspiracy theories, the Trump administration's favoring of ideology and nativism over science and international collaboration, and an anti-public welfare mindset among influential right-wing billionaires produced this tragedy. Essential and timely reading.”

– Ruth Ben-Ghiat, Professor of History at New York University and bestselling author of Strongmen: From Mussolini to the Present

“Some day, movies will be made about the political chaos and collective insanity of America during the 2020 pandemic. Until then, we have Virus, an action packed, information rich, rapid-fire recounting of an incompetent government, a terrified citizenry, and medical research in hyperdrive despite a healthcare system in shambles. Nina Burleigh is a tireless reporter and a dazzling storyteller. This book had me in its grip on every page and left me knowing more than I ever thought I could know — including how much we have yet to understand.”

– Meghan Daum, author of The Problem With Everything: My Journey Through The New Culture Wars

“Nina Burleigh’s Virus is a fast-paced narrative that captures the spirit of our dystopian times. In doing so, it transforms the battle of science against a deadly pathogen into one pitting the fact-based world against the dark forces of paranoid cults, cynical political calculations, and greed in a senseless war that caused hundreds of thousands of unnecessary deaths.”

“The book is a useful, page-turning, blow-by-blow account of events... [A] worthy summary of where we’ve been and where we are in the pandemic.”

“Nina Burleigh has managed to craft the painful headlines of 2020 into a gripping narrative, as well as a thoughtful meditation on the uses and misuses of science.”

– James Ledbetter, Chief Content Officer, Clarim Media, and author of One Nation Under Gold: How One Precious Metal Dominated the American Political Imagination for Four Centuries

“In the early days of the pandemic, Burleigh skipped the bread-making part of lockdown and wisely picked up her tattered copy of Daniel Defoe’s A Journal of the Plague Year and noticed the similarities between the epidemic that gripped London in the 1660s and our present one: the rumors, the closing of theaters, the conspiracy theories, the rich fleeing the cities, and the shocking death toll. Yet here was the United States, the richest country on earth with health care that did not rely on leeches, and still some half-million Americans died. In pungent and persuasive prose, Burleigh indicts the Trump administration first and foremost, while crediting the scientists who persevered and produced the mRNA vaccines. Burleigh has delivered a book that will be read for years to come by anyone interested in a first-rate chronicle of our own plague year. Oh, and by the way, do not throw away your masks—Burleigh makes clear there will be a next time.”

NINA BURLEIGH is a reporter and author of seven books, including Virus: Vaccinations, the CDC, and the Hijacking of America's Response to the Pandemic; The Trump Women: Part of the Deal; and the New York Times-bestseller The Fatal Gift of Beauty: The Italian Trials of Amanda Knox, of which Tim Egan wrote: "Clear-eyed, sweeping, honest and tough… sets a standard that any of the other chroniclers of this tale have yet to meet. This is what long-form journalism is all about." She most recently covered America under Donald Trump as national politics correspondent at Newsweek. She got her start in journalism covering the Illinois Statehouse in Springfield, IL, and is a fellow of the Explorers Club who has covered stories on six continents.

Burleigh’s writing has appeared in Rolling Stone, The New Yorker, Time, New York, The New York Times Magazine, Slate and Bustle. She has appeared on Real Time with Bill Maher, Good Morning America, Nightline, The Today Show, 48 Hours, on MSNBC, CNN and C-Span, NPR, in numerous documentaries, podcasts and radio programs. A former judge for the J. Anthony Lukas prize for nonfiction, Burleigh is an adjunct professor at NYU's Arthur L. Carter Journalism Institute. Her work has been cited in hundreds of scholarly articles.