by Liliana Corobca and Monica Cure 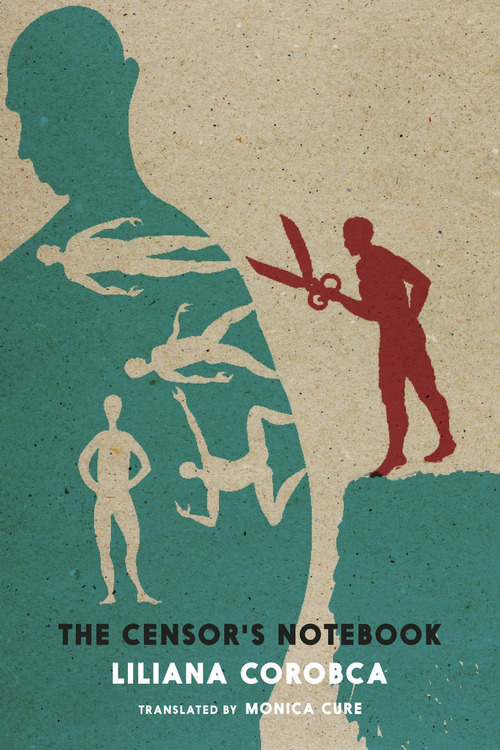 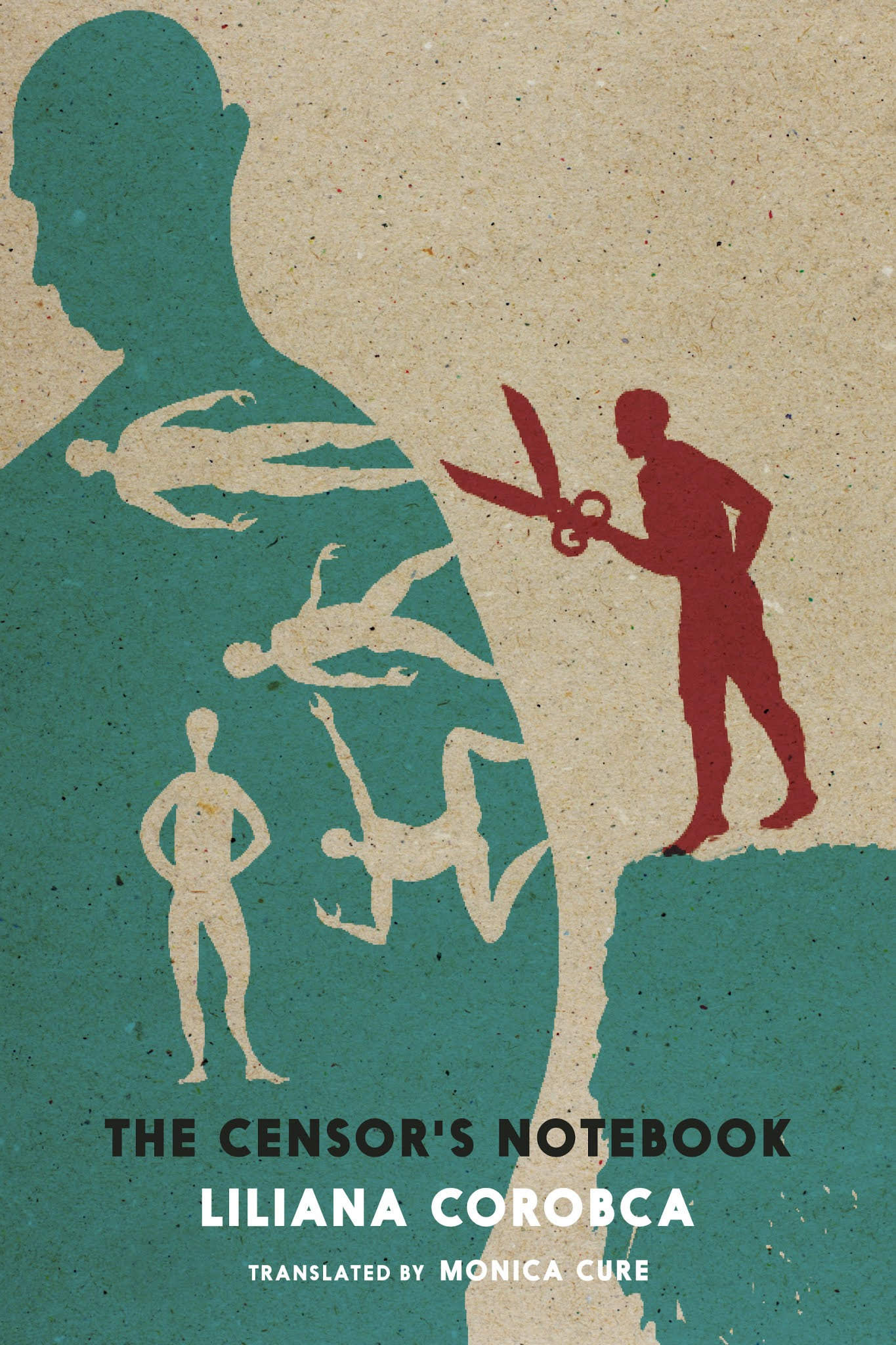 A fascinating narrative of life in communist Romania, and a thought-provoking meditation on the nature of literature and censorship.

The Censor’s Notebook opens with an exchange of letters between “Liliana Corobca” and Emilia Codrescu, long the female chief of the Secret Documents Office in Romania’s feared State Directorate of Media and Printing—the government branch responsible for Censorship.

Codrescu had been responsible for the burning and shredding of the censors’ notebooks, viewed as State secrets but prior to fleeing the country in 1974 she had stolen one such notebook.

Now, forty years later, she makes the notebook available to Liliana for the newly instituted Museum of Communism. The work of a censor—a job about which it is forbidden to talk—is revealed in this notebook, which discloses not only the structures of the institution of censorship but also the life behind the scenes for one of those deciding the fate of books, with their distress, outrage, humor and guilt. It’s just five months in the life of censor Filofteia Moldovean, but they are so tightly packed with events that they give a sense of this mysterious institution as a world unto itself.

Professional readers and ideological error hunters, beset with hundreds of manuscripts, strict deadlines, and threatening penalties, the censors lose their identity, and, often frazzled by neuroses and other illnesses, seek healing, sometimes through writing. A Censor’s Notebook is a window into the intimate workings of censorship under communism, steeped in mystery and secrets and lies, confirming the power of literature to capture personal and political truths.

“The fictional censor of The Censor's Notebook creates a masterpiece of repression—both the sinister governmental kind and the welcome capacity to repress trauma. The tension that results will have you questioning your own successes as triumphs of self-censorship. A profound and playful novel.”

“Corobca frames her hilarious and poignant English-language debut as a series of letters regarding a notebook kept over the course of five months in 1974 by a Romanian bureaucrat. A fictional Liliana Corobca specializes in censorship at the Museum of Communism, where she acquires Filoftiea Moldovean’s notebook from Emilia Codrescu, another official who saved it from destruction, thus providing insights into what a censor thought of their work. What follows in Filoftiea’s pages is a chronicle of acerbic, witty opinions of the literature she suppresses, not merely commenting on its subversive qualities but the politics of literature: its aesthetics, production, and relationship to readers. “Some book editors,” Filoftiea writes, “are also envious authors and they block their fellow writers, but blame [censors].” In another entry, Filoftiea carps, “not one person’s capable of creating an essential book anymore. A book that’s necessary.” In the hands of a lesser writer, a book composed mostly of complaints by a thoroughly indoctrinated bureaucrat against government-sanctioned samizdat might get old quickly — not so here. Filoftiea’s railings are as funny as they are complex, a character study of personal and political repression brimming with sharp observations that say as much about the intellectual mechanics of an authoritarian state as they do the ways readers and texts work upon one another. Even a censor would have to agree this makes for essential reading.”

“Liliana Corobca is a well-known novelist and researcher of Eastern-European communism, whose books have vividly reconstituted the recent histories of countries such as Romania and Moldova before and after the fall of the Berlin Wall in 1989. Her novel The Censor's Notebook offers a complete fresco of what censorship meant during the terror, fear, and social control of Ceausescu's totalitarian regime in Romania in the 1970s. Its main character, censor Filoftea Moldovean, is a unique voice in Romanian literature. Through her, the Western reader will be able to (re)live the complex thoughts and feelings related to institutional censorship and self-censorship not only in Eastern Europe but in any country. These experiences are in fact relevant even for social contexts in which censorship seems not to exist. Written creatively, and full of surprising humor, it is a totally captivating book.”

“In The Censor’s Notebook, Romanian author Liliana Corobca...probes political repression. Framed around a former censor who donates a stolen notebook from 1974 to a new museum of communism, the novel opens a window onto the secretive world of censorship during that era in Romania.”

“Moldovan author Liliana Corobca has extensively studied censorship under the Romanian communist regime, and she used this considerable expertise in crafting her novel The Censor’s Notebook, a riveting imagining of one of those missing historical records...The impressive result is a dense, oblique, at times arcane faux-historical document that shows a painstaking attention to verisimilitude, as the fictional Corobca takes pains to point out: the notebook retains misspellings (e.g., fushia), multiple spellings (e.g., Zukerman and Zukermann), and malapropisms (e.g., aestheticizeability), and is missing 14 pages, which we are led to believe may themselves have been censored, possibly by the notebook’s author, Filofteia Moldovean. What makes the novel remarkable, however, is Filofteia’s sorrowful life story, her conflicted attitudes toward her job and her coworkers, and Corobca’s startling illumination of the expansive and sinister extent of censorship, not just in communist Romania but anywhere that seeks to control words, thoughts, and deeds.” 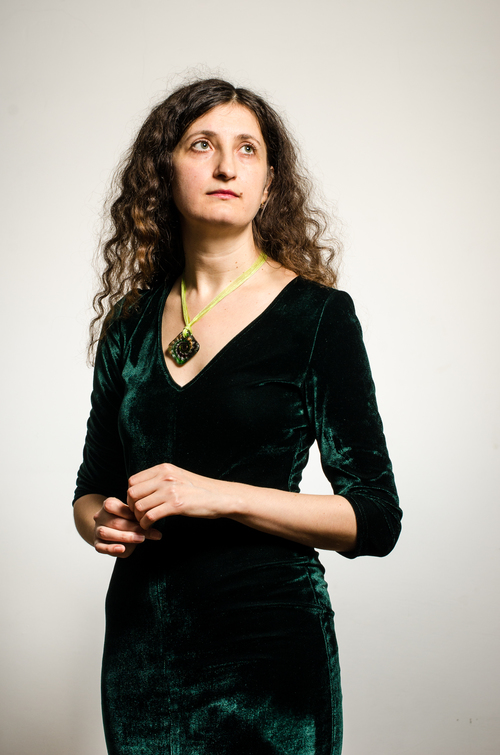 LILIANA COROBCA was born in the Republic of Moldova. She made her debut with the novel Negrissimo (2003), winner of the ‘Prometheus’ Prize for debut awarded by the România literară magazine; the Prize for Prose Debut of the Republic of Moldova Writers’ Union and The Character in Inter‑war Romanian Novels (2003, translated into Italian and German). She is also the author of the novels A Year in Paradise (2005), Kinderland (2013, translated into German and Slovenian), which was a bestseller of Cartea Românească Publishing House at the Bookfest Book Fair 2013, a recipient of the Prize for Prose awarded by Radio România Cultural, and winner of the Crystal Prize at the International Festival in Vilenica, Slovenia, in 2014; and The Old Maids’ Empire (2015). She has also written a three-act monologue, Censorship for Beginners, published in 2014 in Austria. She has received grants and artists’residencies in Germany, Austria, France, and Poland. 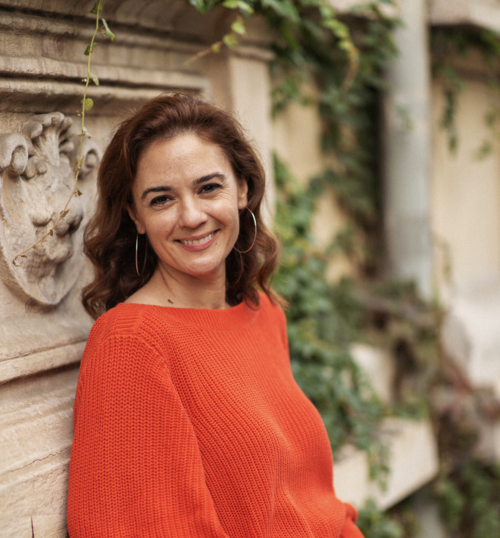 MONICA CURE is a Romanian-American writer, translator, and dialogue specialist, as well as a two-time Fulbright grant award winner. Her poetry and translations have been published in journals internationally, and she’s the author of the book Picturing the Postcard: A New Media Crisis at the Turn of the Century (University of Minnesota Press). Currently based in Bucharest, she translates scripts in development for HBO Romania and leads workshops on collective dialogue for various organizations.