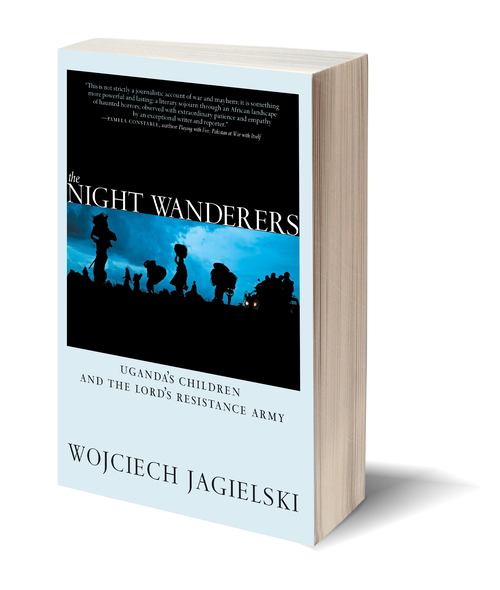 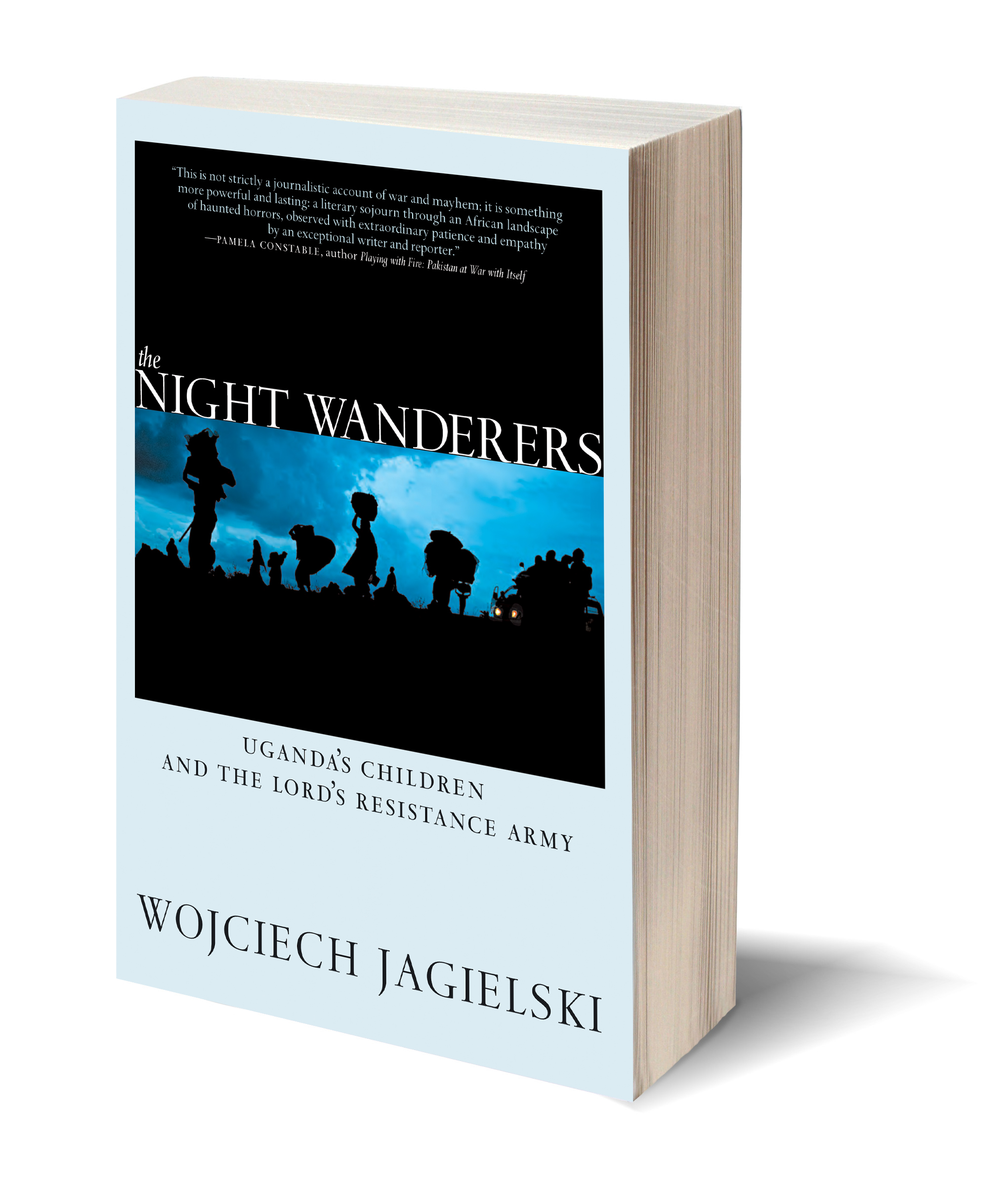 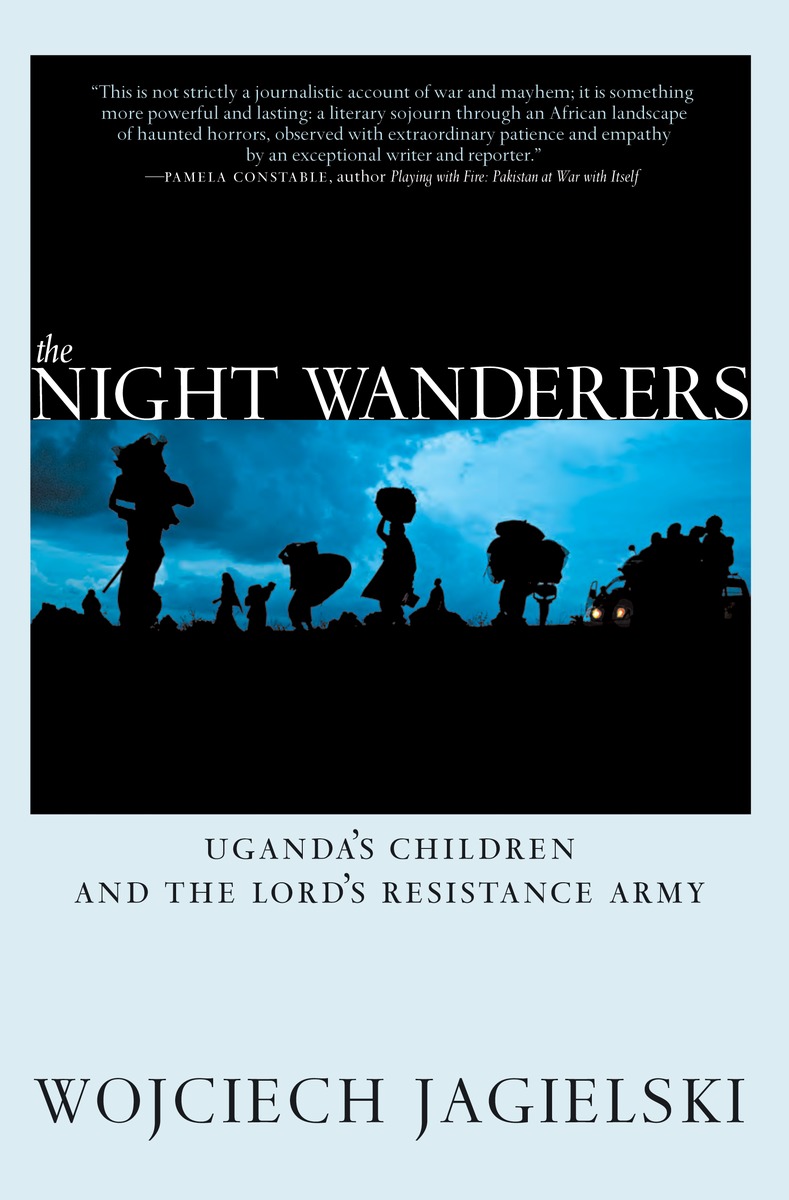 Fleeing the aggressive reach of the Lord's Resistance Army (LRA) and their brutal leader Joseph Kony, on an average night in northern Uganda tens of thousands of children head for the city centers to avoid capture. They find refuge on the floors of aid agencies or in the streets. In recent years, the civil society was almost completely destroyed by the LRA, itself made up almost entirely of kidnapped children. Piecing together what has been broken is proving to be a nearly impossible task.

Polish journalist Wojciech Jagielski inserts himself into this hellish landscape and finds a way to speak of these children and their wounded world. In The Night Wanderers, Jagielski shows his readers the horror of children who have been abducted from their homes and forced to kill their own family members; children who, even after they have escaped the LRA, carry the weight of their own acts of murder on their young shoulders. Jagielski portrays Uganda through their eyes as well as his own.

Carrying on the rich tradition of Ryszard Kapuciski, Jagielski digs himself deep into the Ugandan landscape and emerges with a compassionate, incisive, painful, magisterial account of a world that is just starting to pull itself out of the horrors of war.

Read an excerpt on Issuu here

“The Night Wanderers is a balanced union of reflection and reporting, with a fine eye for ironic detail.”

“Uganda has been ravaged by civil war, and Joseph Kony's militant Lord's Resistance Army (LRA) continues to perpetrate one of the gravest humanitarian crises of our time—this is the context for this brave, devastating work of war reportage. The facts are chilling, and Jagielski handles them with integrity and a minimum of stylistic flourish, treating the subject with the dignity it deserves.”

“Jagielski’s moving, beautiful, and winding account of Uganda’s sad history of multiple conflicts leaves one mourning the suffering so many have endured and questioning to what extent the current government can provide long term solutions for the generations who survived.”

“A disturbing, thought-provoking account of an under-reported and tragic story.”

“During the 20 years I spent in Uganda I often wondered how Kapuscinsky would describe the situations I saw with my eyes in the country’s tormented North. Reading Night Wanderers, I found the answer. Its pages of great literary beauty carried me to the streets of Gulu and made me meet the formerly abducted children, feel the depths of their pain and awake inside me images, sounds, and smells so long cherished. Jagielski is a master, not only of story-telling, but also of digging into the intimacy of people’s hearts in tragic situations. By taking their side he makes us understand from a unique angle the complexity of politics in one of Africa’s most conflictive regions.”