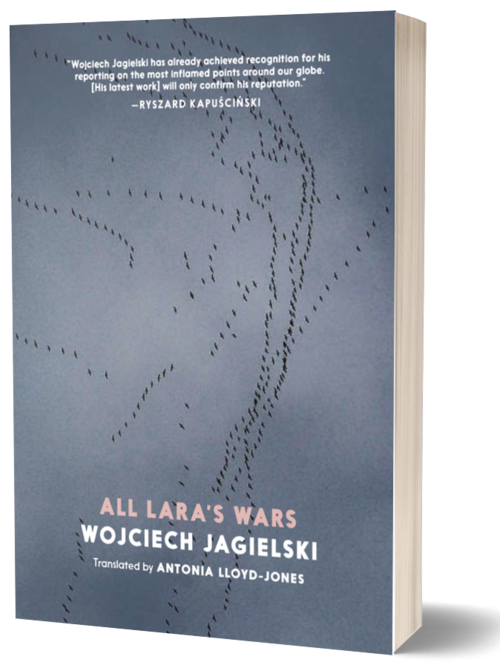 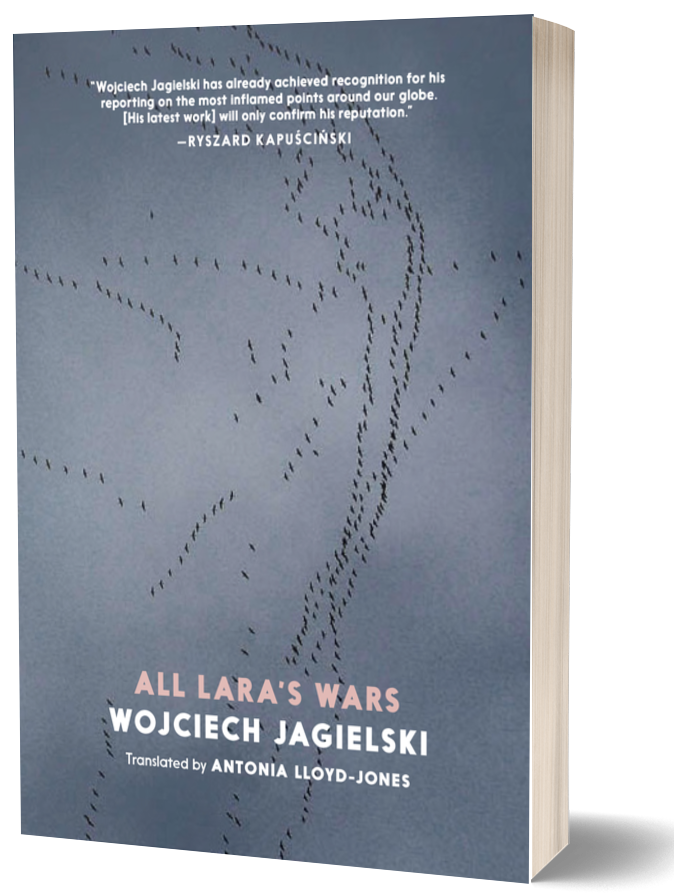 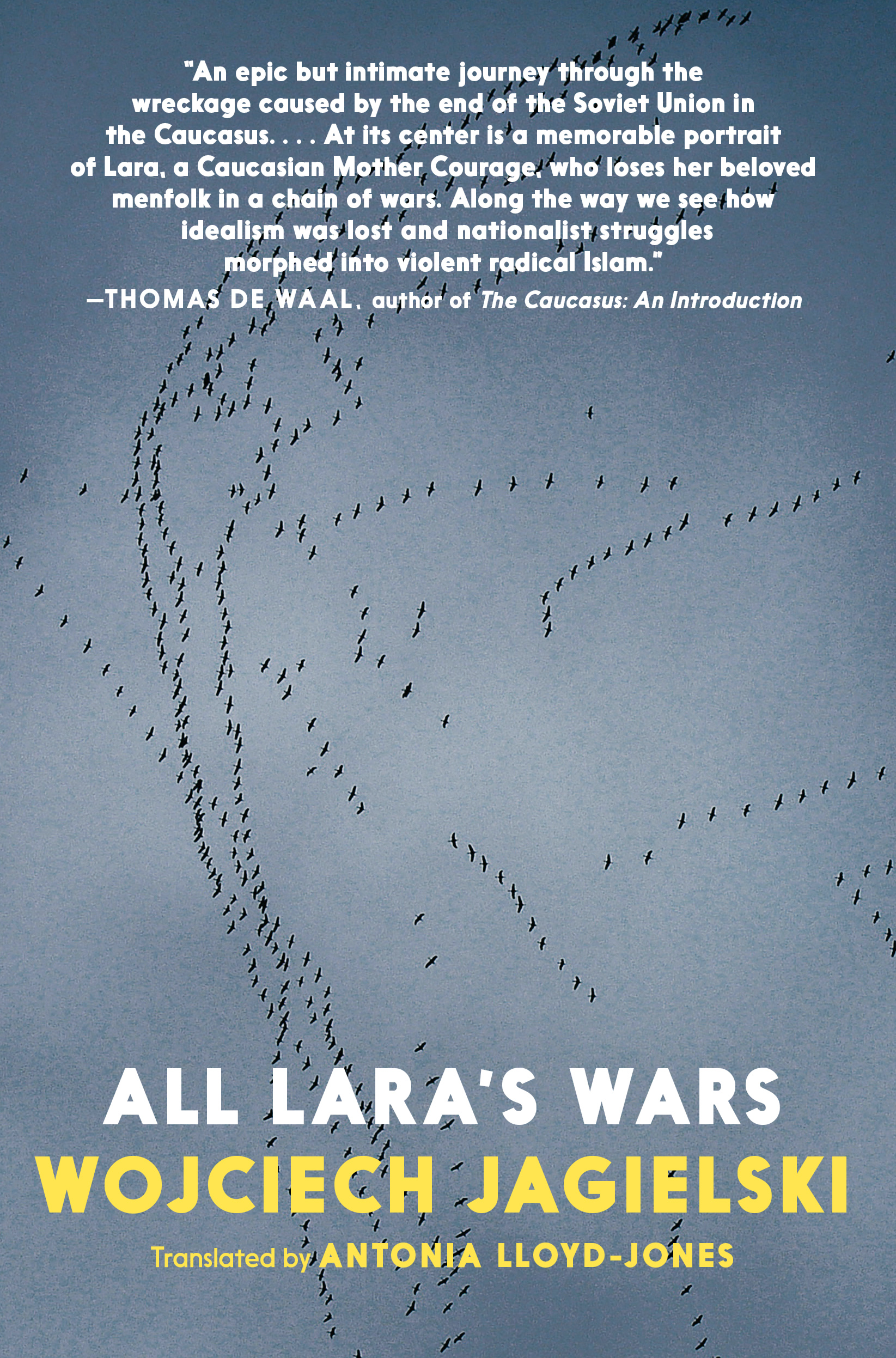 In All Lara's Wars, the great events of the last half-century—the realignment of Eastern Europe after the fall of the Soviet Union, and the rise in the Middle East of ISIS and its quest for a new Caliphate—converge in this account of a Chechen-Georgian family whose two sons become radicalized, and how their mother—Lara—travels to Syria by bus and at great risk, not to join them but to bring them home. By then, the older son is a high level commander and the younger son a respected soldier in ISIS's army. The story is told with a sense of wonder at the contemporary world and all the ways it resembles a primitive and violent land where all struggles are to the death, and there is an epic battle going on between forces of good and evil that cannot be understood other than as mythic and larger than life.

Lara is a Kist—one of a tiny ethnicity that crossed the Caucasus mountains a century ago to settle in the remote Pankisi Gorge in northern Georgia, a peaceful and isolated paradise. She married a Chechen, moved to Grozny, and became the mother of two sons. When war came to Chechnya, she took her children home to the safe Georgian valley, and later sent them to Western Europe to live with their father—to protect them from the influence of the radical Islamic freedom fighters who had come to the Pankisi Gorge as refugees from the Chechnyan wars.

As in all of Wojciech Jagielski's books, he tells here the story of any modern war, how the individual lives of civilians and combatants are obliterated in the sweep of the larger narrative—and how the humanity of these individual lives is revealed, and the price paid in human endurance and persistence and loss. Jagielski observes, listening to Lara and letting her story emerge through the filter of his literary skill. This unusual reportage tells us the facts of the Chechnyan wars and the reality of the Syrian war from the viewpoint of ISIS recruits, but it is also the true account of one ordinary family that became part of the larger tragedy that has claimed so many victims in recent years.

“Polish war correspondent Jagielski (Burning the Grass) tells the story of one mother’s struggle to save her sons from Islamic radicalization in this heartrending account. A member of the Kist ethnic minority in the Pankisi Gorge region of Georgia, Lara (no last name given) married a Chechen man and settled in Grozny, Russia. However, when conflict erupted between Russia and Chechnya’s separatist leader in the mid-1990s, she fled with her two sons back to Georgia. As refugees from the second war in Chechnya and as Islamic fighters who had joined the cause encroached into Pankisi Gorge, Lara sent her boys to Western Europe to live with their father. After losing contact for eight years, she discovered that both sons had joined the Islamic State’s fight against Bashar al-Assad’s regime in Syria. She traveled by bus from Georgia to an ISIS compound in Syria, where she learned that her eldest son was second-in-command to the local emir. “I have put my life in the hands of God,” he tells her. Days after returning home alone, Lara received news that both sons had been killed by Syrian forces. Jagielski maintains a tight focus on Lara and her family while placing their struggles within the context of such larger historical events as the breakup of the Soviet Union and the war on terror. This empathetic and deeply reported chronicle deserves a wide readership.”

“All Lara’s Wars,” translated from the Polish by Antonia Lloyd-Jones, is Jagielski’s journalistic account of one woman’s journey from an improbably idyllic childhood in the mountains of Georgia — “there was no finer place on Earth” — through one conflict after another. ... The author of previous books on wars in Afghanistan and Uganda, Jagielski seems less interested in a historical inquiry of jihad than in an intimate account of the toll war exacts on one woman. At the same time, this is a book that in its way seeks to explain what unfolds each time a terrorist attack is carried out by a young Chechen immigrant, like the recent stabbing of a teacher in France. ... The story, though, is riveting. In the end, Lara says she doesn’t really know what radicalized her sons. Nor do we as readers, though there are clues: the glorification of armed resistance, the anomie of modern life, the venomous corruption of faith.”

“Wojciech Jagielski has a well-deserved reputation as a serious and sensitive writer who cares deeply about people, history and the truth. He does not shy away from the messy and often painful reality, but translates it into limpid, elegant prose. All Lara's Wars is a powerful, moving, disturbing and important work of both literature and reporting.”

“All Lara’s Wars is narrative nonfiction at its best. Gripping, moving, informative and ultimately heart-breaking, it stayed on my mind even after I laid it aside for the day, and it’s still on my mind now and will be for a long time. I’ve read several of Jagielski’s previous books, admiring them all. But this one seems to me the finest, just as he seems the finest of the many first-rate Polish literary journalists. This volume has been beautifully translated by Antonia Lloyd-Jones.”

“All Lara’s Wars is an epic but intimate journey through the wreckage caused by the end of the Soviet Union in the Caucasus, taking us all the way from a small village in Georgia to war in Chechnya to the inferno of the Syrian conflict. At its center is a memorable portrait of Lara, a Caucasian Mother Courage, who loses her beloved menfolk in a chain of wars. Along the way we see how idealism was lost and nationalist struggles morphed into violent radical Islam. Wojciech Jagielski has researched and written a very original and powerful book.”

“With exhaustive scrutiny and a deep sense of compassion, Jagielski’s latest chronicles the harrowing ordeal of a mother whose sons are driven toward violent conflict in the name of a radical cause.”

“Wojciech Jagielski’s All Lara’s Wars does away with the usual trappings of war reportage: it is without dates and timelines or names of major commanders; geographical information is vague, gestural. The external does not pique Jagielski’s journalistic antennae; rather, he wants to know what war is like, what it tastes of to an individual far away from the battlefield but caught in its terrifying maw. His subject is Lara, a Georgian-Chechen Kist whose two radicalised sons have fled to Syria. “War was like a curse that had dogged her at every step, constantly reminding her of its presence and steadily robbing her of everything she loved or valued,” writes Jagielski. Lara tells Jagielski of her attempts to rescue them — in other words, her war — in a McDonald’s in Tbilisi. It is a peculiar setting, but would anywhere be better for a woman who has lost everything?”