(Low) Power to the People 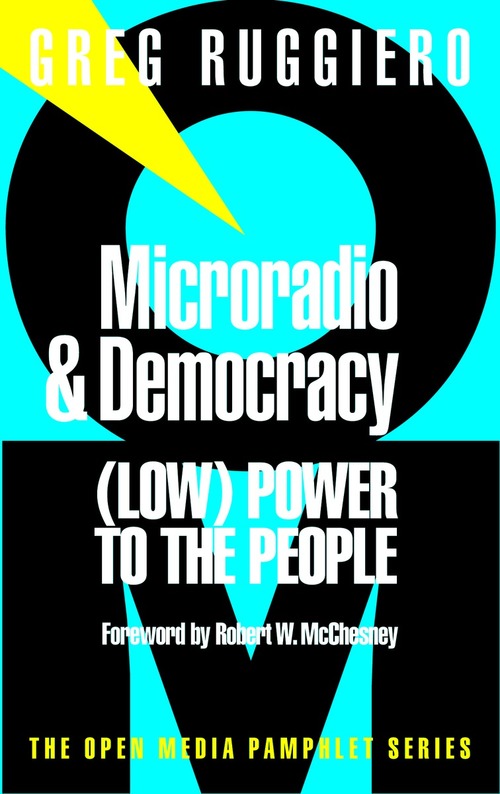 Microradio and Democracy discusses the role of citizen access to communications in a democratic society, and how diversity, localism, and core political speech are undermined by corporate control of the public airwaves. Ruggiero examines the emergence of the microradio activism and recent court cases, and the links between the microradio struggle and larger movements for democracy and social justice. Illustrated with photos and graphics, this book will be of interest to anyone concerned about keeping free speech for communities, not corporations.

Represented by the Center for Constitutional Rights, in February 2002 Ruggiero won a First Amendment victory in Federal District Court. The case, Ruggiero vs the FCC proved that the U.S. government's lifetime prohibition against individuals who had engaged in civil disobedience from applying for a low-power FM license was unconstitutional. The victory was later overturned by an en banc decision, and the U.S. Supreme Court has rejected to hear the case.

“Microradio & Democracy is a superb analysis of how the media giants and the government have worked together to cripple freedom of speech on the airways by banning small radio stations. It is also an exhilarating account of how the small broadcasters and their supporters are fighting back.”

“This study provides an illuminating analysis of a crucial component of the ongoing state-corporate assault on meaningful democracy: the effort to control and shape attitudes and beliefs to induce passive acceptance of the dictates of private power.”

“Microradio is here, and it can no longer be repressed. Greg Ruggiero has done a mighty service by explaining the issues of microradio broadcasting and outlining the crucial struggle that is taking place at this very moment in Washington, D.C. Microradio is not "the answer" to all our media problems, but it can be an important first step in the process of making our media accountable to Main Street, rather than to Wall Street and Madison Avenue. Read this pamphlet, share it with your friends, and get active. If popular support for noncommercial, community-based microradio emerges, this is a fight we can and will win.” 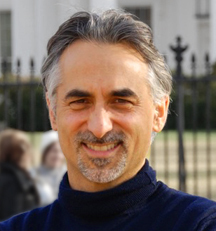 Greg Ruggiero co-founded the Open Media Series in 1991, which has since published some of the most outspoken scholars, social justice advocates, and dissidents of our time, including Angela Y. Davis, Allen Ginsberg, Alice Walker, Noam Chomsky, Howard Zinn, Ralph Nader, Arundhati Roy, and Subcomandante Marcos. He currently works for City Lights, the legendary San Francisco-based publisher.

Other books by Greg Ruggiero

The Future of Media: Resistance and Reform in the 21st Century

Our Media Not Theirs: The Democratic Struggle Against Corporate Media