The Secret World at Your Fingertips 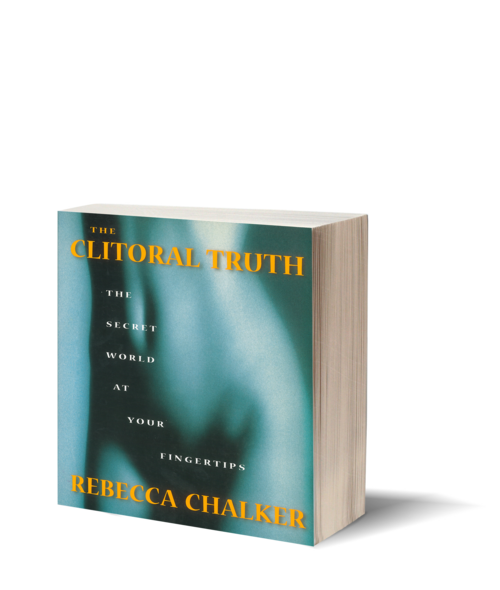 The clitoris has been dismissed, undervalued, unexplored, and misunderstood for hundreds of years, but the truth is out there, and internationally celebrated sex educator Rebecca Chalker has found it. In The Clitoral Truth, Chalker offers the only mainstream, in-depth exploration devoted solely to women's genital anatomy and sexual response. Women readers everywhere—be they straight, gay, or bisexual—will learn about the countless sexual sensations and discover how to enhance their sexual responses in a more concrete way than ever before. The Clitoral Truth also examines the ways in which women are enhancing their sexual response through masturbation, the use of sex toys, videos, books, workshops, individual coaching sessions, and internet resources.

For more than 2,500 years, the clitoris and the penis were presumed to be equivalent in all respects. After the 18th century, however, this knowledge was gradually suppressed and forgotten, and the definition of the clitoris as an extensive organ system all but disappeared. During Chalker's tenure as a member of the Federation of Feminist Women's Health Centers, the group helped further the study of the clitoris to unprecedented anatomic precision.

The Clitoral Truth investigates every aspect of this magnificent organ to see how its many parts work together to produce orgasms. The Clitoral Truth also delves into the feminist and sexologist controversy over female ejaculation and surveys the numerous ways that women have begun to transform the deeply entrenched male-centered model of sexuality to redefine their sexuality to emphasize full-body pleasure. Enhanced with personal accounts, comprehensive illustrations, and a thorough appendix of female sexuality resources, this book helps women and their partners understand and expand their sexual potential and work toward becoming independent sexual beings.

“A thorough, accessible guide that should be included in all health collections.”

“[Chalker and Downer] . . . may have written the ultimate guerrilla guide to reproductive choices.”

“The Clitoral Truth is Our Bodies, Ourselves; your favorite textbook; a Nancy Drew mystery; and the Good Vibrations catalogue rolled into one.”

“The Clitoral Truth truly reflects the author's impressive commitment to guide readers to a level of exploration that can only be described as 'The Joy of Feminist Sex.'” 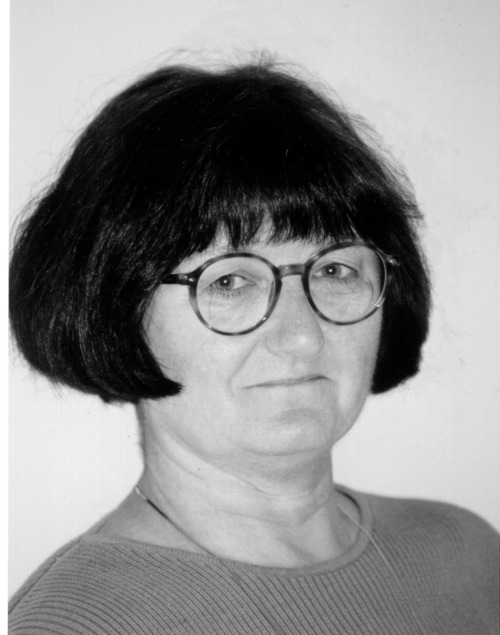 An internationally renowned women’s health writer and activist, Rebecca Chalker’s books include The Complete Cervical Cap Guide, Overcoming Bladder Disorders, and A Woman’s Book of Choices: Abortion, Menstrual Extraction, RU-486. Chalker is also the editor of A New View of a Woman’s Body and How to Stay Out of the Gynecologist’s Office. Her articles have appeared in Ms., the Village Voice, and Self, as well as several peer-reviewed academic journals. Chalker teaches at Pace University and lives in New York City.

Other books by Rebecca Chalker 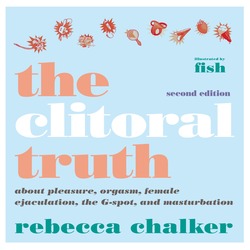 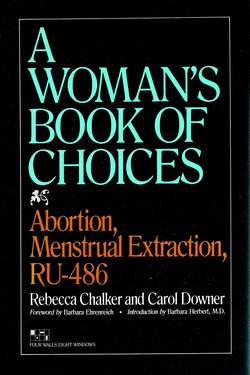 by Rebecca Chalker and Carol Downer